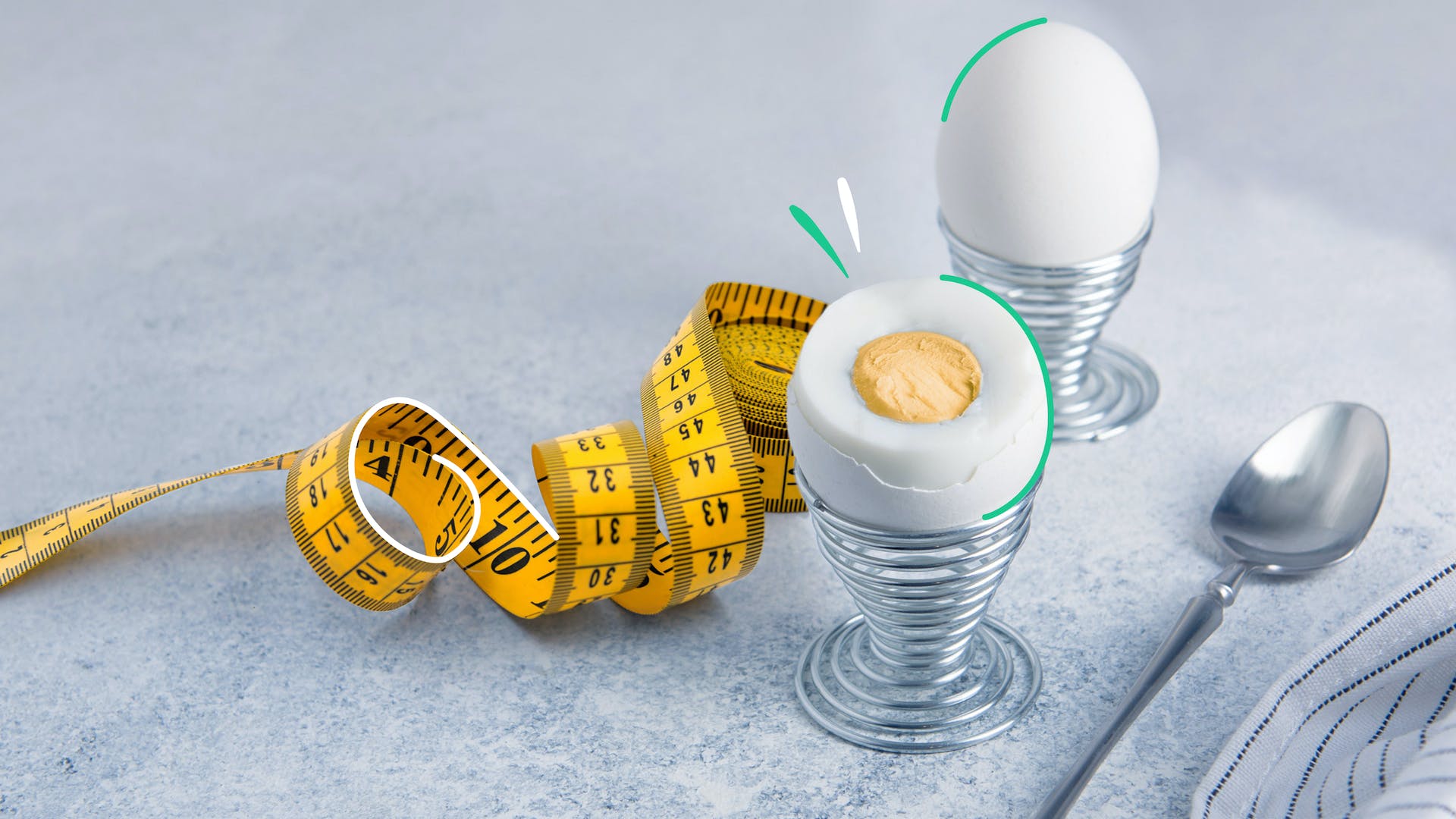 Can a Keto Egg Fast Help You Lose Weight?

Can a Keto Egg Fast Help You Lose Weight?

A Keto egg fast is not a true fast. It’s a short-term eating plan in which you consume eggs, butter, and other fats.

Since it’s high in fat, moderate in protein and low in carbs, an egg fast is considered a ketogenic diet. But it’s way more restrictive than a typical Keto diet.

Why do people choose the Keto egg fast instead of a standard Keto diet? The main reason is to push past stubborn weight loss plateaus.

If you’re considering a Keto egg fast and want to know the potential risks and rewards, keep reading.

What is an Egg Fast?

A Keto egg fast is a super-restrictive form of the Keto diet. On an egg fast, you eat all of your calories from eggs, full-fat cheese, butter, and healthy oils.

The macros work out to about 60-70% fat, 20-30% protein, and under 5% carbohydrates. This macro ratio promotes the fat-burning state called ketosis.

Eggs contain less than 1 gram of carbohydrate. An egg fast, then, is just a simple way to eliminate carbs. Full-fat cheese, butter, and healthy fats have similarly low carb counts. However, an important note to consider is to be mindful of the type of cheese you consume on Keto. Opt for full-fat, low-carb cheeses and avoid low-fat and processed options.

The Keto egg fast originated in 2010 when low-carb blogger Jimmy Moore announced he was eating only eggs for a month. Allegedly, it helped him lose weight. Since then, many others have reported the same.

Unfortunately, we don’t have any peer-reviewed science on egg fasting. But since it’s a form of Keto diet, we can extrapolate from that literature.

How Does an Egg Fast Work?

The typical Keto egg fast lasts three to five days. During this time, you consume:

You can also consume calorie-free beverages like coffee and tea during an egg fast, and minimal amounts of low-carb seasonings, as long as the carb and calorie counts are negligible. But all other sources of calories, including alcohol, are off-limits.

The other rules involve when you eat. You’re advised to:

And that’s about it. Egg fasting isn’t complicated.

Benefits of a Keto Egg Fast

Any potential benefits of egg fasting align with the benefits of the Keto diet. Here are the big ones:

Most people are trying to lose weight with an egg fast. When you only eat eggs, you ensure hidden carbs don’t sneak into your Keto diet and hinder weight loss goals.

More generally, a properly formulated Keto diet has been shown in multiple studies to help with weight loss. In one, obese women on a low-carb diet lost more weight than women on a calorie-restricted low-fat diet.[*]

The Keto women didn’t consciously restrict calories, but they ate less anyway. This leads to the next benefit.

People tend to eat less on Keto. Why? Because being in ketosis reduces hunger hormones like ghrelin and neuropeptide Y.[*]

So on Keto, you’re less likely to overeat and more likely to speed up your metabolism. A promising combo for weight loss.

This fat-burning state (called ketosis) is linked to many benefits like:

To go deep on the benefits of Keto beyond weight loss, give this blog a read.

An egg fast is simpler than a standard Keto diet, but it carries more potential risks.

#1: You won’t get enough nutrients

Eggs are nutrient-dense foods, but they don’t contain all the vitamins and minerals necessary for optimal health. For instance, eggs are relatively low in folate (for energy production), potassium (for blood pressure), magnesium (for heart health), and many other micronutrients.

TIP: To prevent nutrient deficiencies, don’t egg fast for more than a week and consider taking a well-formulated multivitamin.

#2: You may experience gut issues

Eggs lack dietary fiber, and dietary fiber is the substrate that feeds your gut microbiome and keeps digestion running smoothly. To be clear, some folks with gut issues will likely feel better on an egg fast, but your mileage may vary.

Also, those who have had their gallbladder removed—and those with liver issues—will have more issues digesting fat than the general population. These groups should be cautious with egg fasting.

#3: You may raise your cholesterol

High intakes of saturated fat (like from eggs, cheese, and butter) are well-documented to raise LDL and total cholesterol levels—both markers of increased heart disease risk.[*]

However, the issue remains murky since multiple meta-analyses have found zero links between saturated fat consumption and heart disease.[*] Whether or not you can tolerate lots of saturated fat likely depends on your genes, your activity level, and a bunch of other factors.

TIP: Work with your doctor to manage your cholesterol levels during your egg fast.

Who Shouldn’t Do An Egg Fast?

When in doubt, err on the side of skipping the egg fast.

If you are looking for egg fast inspiration, these Keto recipes are a great starting point.

And why not check out our fasting meal plans for a sample 5-day egg fast plan?

Should You Try a Keto Egg Fast?

If you don’t mind the dietary restriction, feel free to try it. Just keep in mind two points:

Finally, if you’ve hit a weight loss plateau on Keto, a Keto egg fast isn’t your only option. You might need more sleep, less stress, or a properly-tuned intermittent fasting regimen.

Want to learn more? Check out our article on breaking through Keto weight-loss plateaus. See you over there.