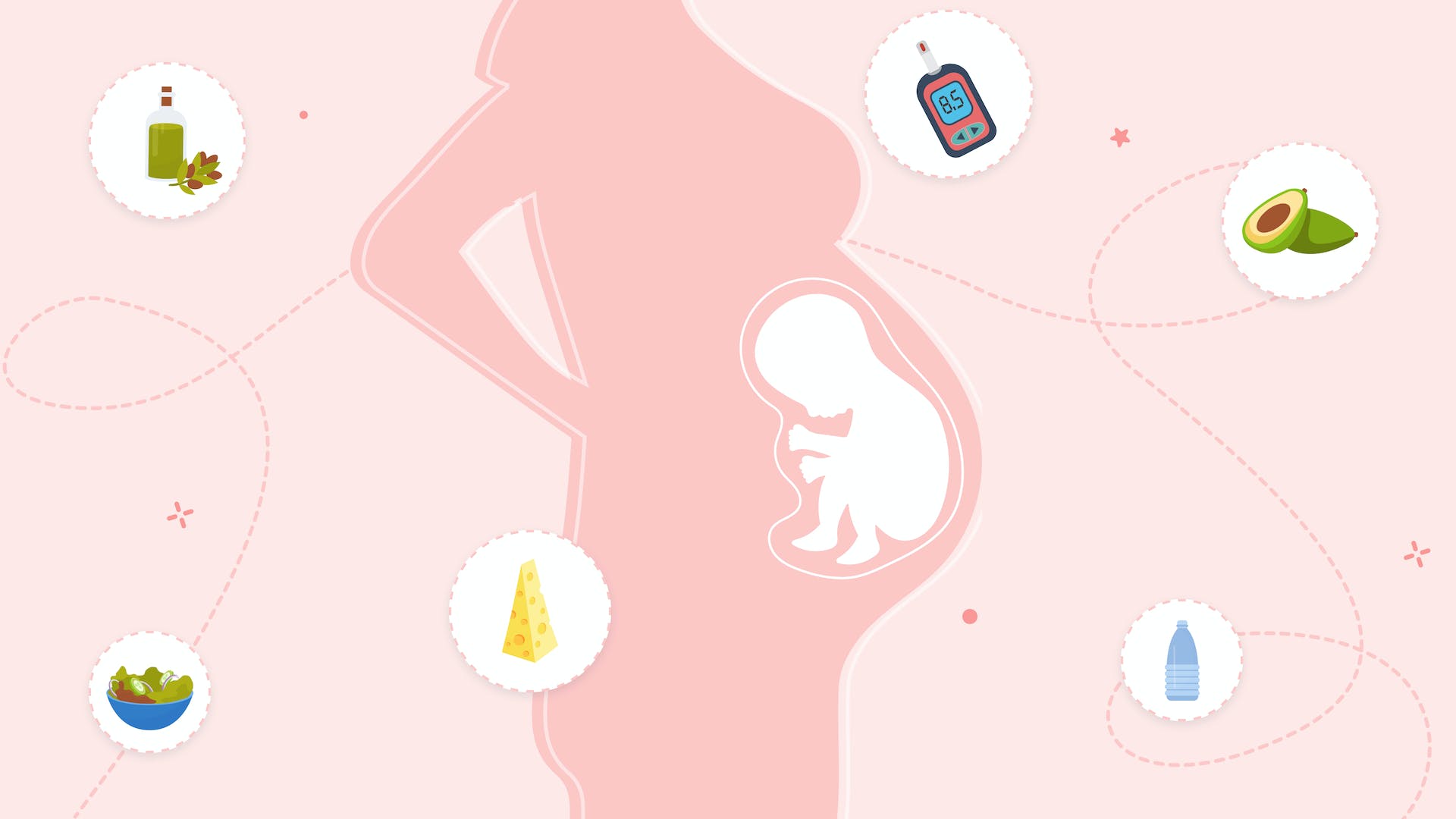 Gestational Diabetes and Keto: What You Need To Know

Gestational Diabetes and Keto: What You Need To Know

But that doesn’t mean low-carb diets can’t help. They help with other forms of diabetes, so it’s likely they help with gestational diabetes too.[*]

We’ll dive into Keto for gestational diabetes in a moment. First, though, let’s review the problem at hand.

What Is Gestational Diabetes?

Gestational diabetes is a condition of elevated blood sugar (blood glucose) levels during pregnancy.[*] These higher blood sugar levels, called hyperglycemia, can lead to a host of complications for both mother and fetus.

Longer term, about half of women with gestational diabetes develop type 2 diabetes (a more chronic condition of glucose intolerance) five to ten years after pregnancy.[*] And in the years following birth, both mother and child are at higher risk for type 2 diabetes, obesity, and heart disease.[*]

To diagnose gestational diabetes, a clinician will likely administer a glucose challenge test. According to the American Diabetes Association (ADA), a woman has gestational diabetes if her blood sugar exceeds two of the following limits before and after ingesting 75 grams of glucose:[*][*]

Other organizations have a somewhat similar diagnostic criteria.

The ADA recommends screening for gestational diabetes at pregnancy diagnosis if any of these conditions are present:[*]

Tracking blood sugar is the key to managing gestational diabetes. And with the benefit of modern technology, it’s a snap.

At home-testing entails a finger prick, the insertion of the test strip, and a subsequent blood glucose readout. It’s that simple.

An accurate and affordable device such as the Keto-Mojo meter makes life even easier by storing your readings in an app for long-term management. The Keto-Mojo meter also measures ketones, which is useful if you’re tinkering with the Keto diet. You can also sync your Keto-Mojo device with the Carb Manager app to effectively track your health metrics along with your macros.

Here are the recommended blood glucose targets during pregnancy:[*]

What strategies can help you achieve (or beat) these targets? Keep reading.

Diet and Exercise for Gestational Diabetes

The main therapeutic goal for gestational diabetes is to keep blood glucose within healthy ranges. A secondary goal is to avoid unnecessary weight gain.[*] The fulfillment of both goals entails dietary management, lifestyle interventions, and sometimes targeted pharmaceuticals. (Note: be sure to consult with a medical professional about your treatment plan).

Let’s start with exercise. The evidence suggests that “consistent moderate to vigorous exercise in pregnancy” can help prevent gestational diabetes.[*] Why? Because exercise increases the sensitivity of insulin (your blood sugar regulation hormone), which in turn drives glucose out of the blood and into cells for safe storage.

There’s less agreement on the best diet for gestational diabetes. Depending on which source you consult, you can find recommendations for calorie restriction, high-carb diets, moderate-carb diets, and low-carb diets.[*] Let’s talk more about Keto for diabetes now.

Can Low-Carb and Keto Diets Help With Gestational Diabetes?

Here’s the thing: gestational diabetes is more or less a temporary case of type 2 diabetes during pregnancy. After pregnancy, it often becomes a permanent case.

Why not treat gestational diabetes with a low-risk intervention (aka, a low-carb diet) shown to reverse type 2 diabetes? It makes a lot of sense.

Some clinicians worry that ketosis is dangerous for a pregnant woman. But often, they’re not worried about nutritional ketosis but diabetic ketoacidosis, a medical condition of extremely high ketones.[*]

To be clear, there’s a lot we don’t know about Keto for pregnancy. Caution is warranted.

One way to exercise caution? Consider a low-carb diet (~10-20% of calories from carbs, about 50-100g of carbohydrates per day) instead of a strict Keto diet. This may minimize the risks of high ketone levels and inadvertent calorie restriction while still providing metabolic benefits.

A good nutritional plan for gestational diabetes should meet at least two criteria. It should:

You might also want to experiment with a low-carb or Keto diet for diabetes prevention. That means sugary fruits, potatoes, grains, and other starchy foods are mostly off the menu.

But don’t be too strict with your carb limits. If things don’t seem right—subjectively or objectively (blood work)—consider bumping up your carbs to 50 to 100 grams per day. This is still a massive reduction from the standard American diet of 200-300+ grams of carbs per day.

The goal isn’t to hit a specific macro ratio. The goal is for you and your child to be as healthy as possible, now and into the future.