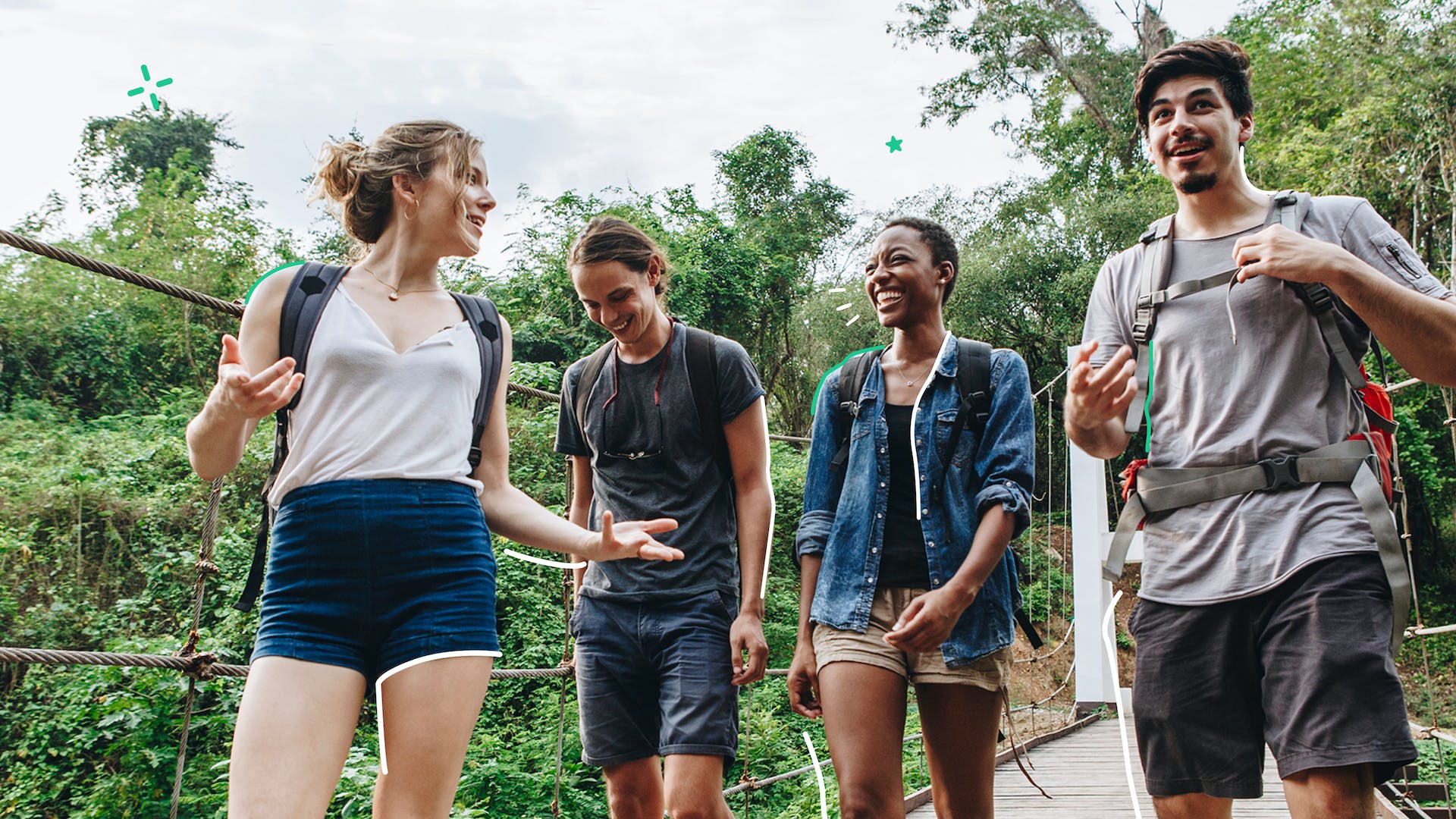 The Network Effect: How Social Groups Influence Your Health

The Network Effect: How Social Groups Influence Your Health

The people in our life influence our health. We don’t need science to tell us that.

But science is useful for analyzing social influences on health outcomes. It can tell us, for instance, which relationships most strongly impact obesity risk.[*]

Would you expect your spouse or your best friend to exert more influence in this domain? Researchers have studied that question, and you’ll learn what they found in a moment.

You’ll also learn why your social group affects your health. Do we simply mirror the behaviors of others? That’s part of it, but it’s not everything.

And you won’t leave today without practical tips for improving your health in a socially connected world. Let’s get started.

Does your social network influence your weight? The short answer is yes, but that’s not a revelation for most people.

Things get more interesting when you look at a study published in the New England Journal of Medicine in 2007. In that study, researchers analyzed data from 12,067 people over 32 years to determine how different relationships influence obesity risk.[*]

One factor they explored was geography. (And one might expect neighbors to influence one another’s health behaviors). But as it turned out, there was no correlation between geographic distance and obesity risk.

Marriage was different. When a married person became obese, their spouse was 37% more likely also to become obese. This seems like a significant effect until you look at the data on friends.

If one friend became obese, the other was 57% more likely to become obese too. That’s the data reported in the paper’s summary. But when you dig into the body of the paper, you also learn:

Fascinating stuff, but the question remains: why do friends influence our obesity risk so profoundly?

Why Social Networks are Linked To Obesity Risk

There isn’t one social and cultural influence on obesity, but many. An excellent summary of these influences can be found in a 2015 review paper published in the journal BMC Health.[*]

Social contagion is the notion that norms and behaviors spread spontaneously through social groups.

Dietary patterns are the obvious example. If the people around you eat one way, you’re likely to follow suit.

In one study titled “I’ll Have What She’s Having,” female students were found to choose similar snacks (portion and snack type) as those in their immediate social environment.[*]

Social norms may also determine what’s perceived as a healthy body type. For instance, gaining the “freshman 15” is often seen as inevitable, so it’s not perceived as unhealthy for undergrads to gain weight.[*]

Social capital refers to things like social support and a sense of belonging. Both are relevant for health.

People with similar characteristics tend to group together.[*] In one study, obese college students, specifically obese women, were shown to prefer heavier students as romantic partners compared to non-obese peers.[*]

Your social network isn’t the only predictor of your health. It’s just one factor among many.

Your environment also matters. Consider, for starters, a business person who travels frequently. This person is constantly in airports, surrounded by junk food, sleeping in hotels and may be struggling to find a stable exercise routine. It’s a potential recipe for weight gain.

This logic applies to everyone. Is your kitchen stocked with healthy food? Do you have a healthy sleep environment? How accessible is your exercise?

Life events are influential too. For example, research suggests that children of divorce go on to have higher BMIs later in life.[*]

In theory, any stressful event can lead to weight gain. Cortisol might be partly responsible as this hormone increases fat storage. But “stress eating” and other harmful behaviors shouldn’t be ignored either.[*]

And don’t forget genetics. Many people may be genetically predisposed to obesity, among other chronic conditions.[*]

But your genes aren’t your destiny. A healthy diet and lifestyle will often help turn the dial in the right direction.

Tips for Managing Health in a Social World

That was a boatload of info about social influences on obesity and general wellbeing. How can you apply it to improve your health? Try these tips:

Social support is a proven way to promote healthy behaviors. When your friends and family support your health journey, you’re more likely to stick with it.

Support can also come from larger, more distributed networks. The Carb Manager community, for instance, is a warm, encouraging place to level up your health with millions of others across the globe.

Some of these behaviors will rub off on you. Thank you, social contagion.

If you want to lose weight, it’s a bad idea to have bags of candy strewn about the house. Your willpower wasn’t built to handle that kind of temptation.

Better to keep junk food out of sight. You might also:

You get the idea. Your environment dictates your success.

In your quest to develop good health habits (and drop bad ones), your social network matters. These are the people who influence your behavior most.

Is the influence positive or negative? That’s a hard question to ask and answer. But if you value your health, give it some thought. Then, if it makes sense, you can work towards a social network that supports your goals.

And though social ties matter, don’t be afraid to stand alone. Ultimately, you’re the one who lives with the consequences of your health decisions. It pays to remember that.