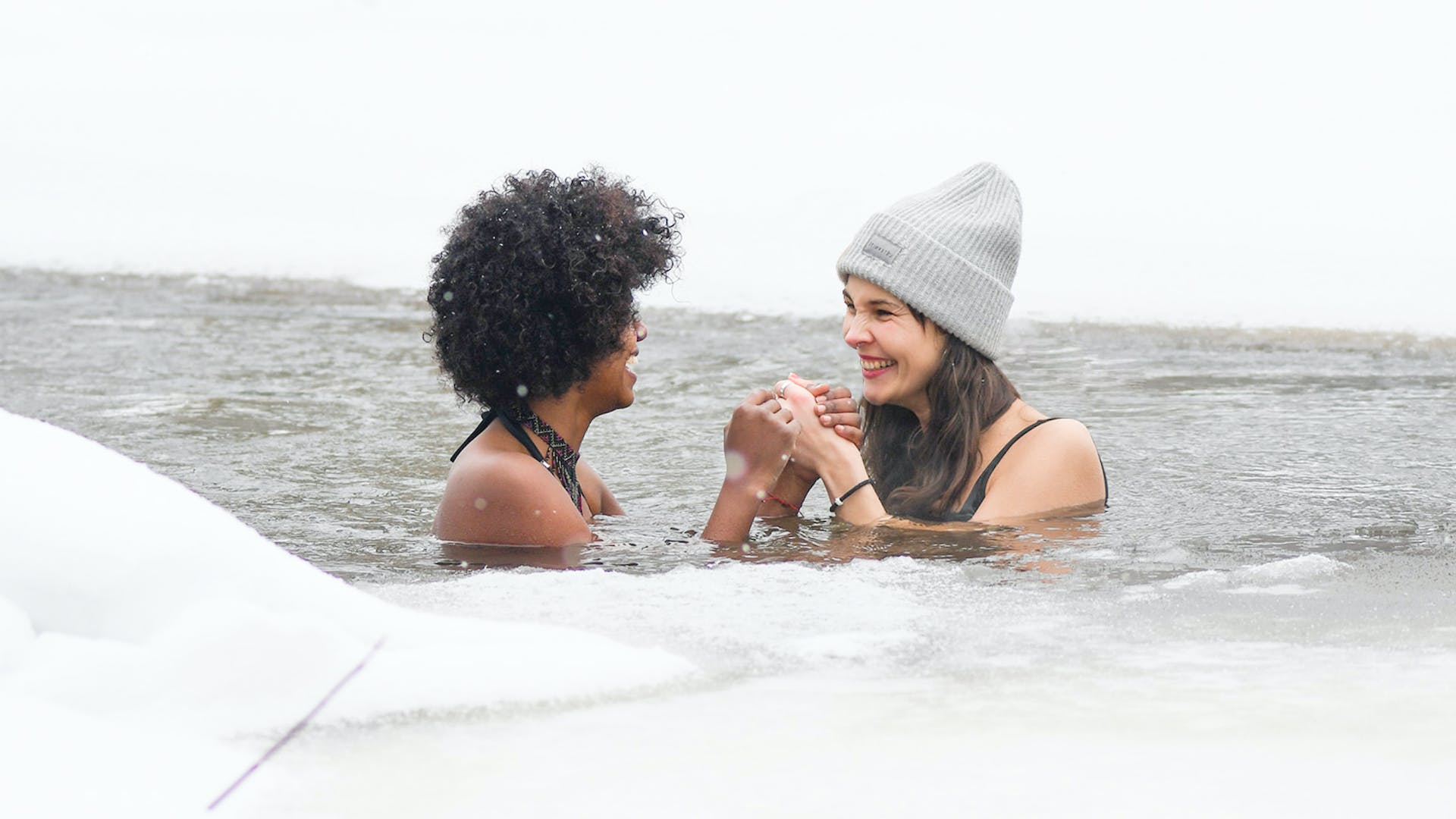 Can Cold Thermogenesis Boost the Effects of a Keto Diet?

Can Cold Thermogenesis Boost the Effects of a Keto Diet?

If you want to optimize your health, it pays to undergo some discomfort occasionally. One of those ways is through cold thermogenesis.

Yes, cold exposure has some promising benefits. It may help you burn more calories (one way is by increasing metabolic rate), boost your immune system, and even improve your mood.[*][*][*]

It makes sense. Humans didn’t evolve at room temperature but rather in variable climates. Our bodies adapted to thrive in these conditions.

Fortunately, it is possible to benefit from intermittent cold stress while living in modern society. This is good news, since living in Antarctica could cut into your social life.

What Is Cold Thermogenesis?

Cold thermogenesis is the process by which your body heats itself in response to cold temperatures. It’s how we stay warm.

Cold thermogenesis can also refer to intentionally exposing yourself to cold for potential health benefits. That’s how biohackers use the term, though it’s more accurate to say “cold exposure” or “cold stress” to describe the intervention.

When you’re exposed to cold, there are two main ways your body keeps you warm:

We’re all familiar with the first mechanism. If you wade into chilly water, pretty soon your body will start involuntarily shivering. This shivering generates heat (aka thermogenesis), burns calories, and warms you up.

But it’s brown fat that gets people razzed about cold thermogenesis.

Brown fat is a type of body fat that’s unusually efficient at converting food energy to heat energy.[*] Compared to white fat (“normal” body fat), brown fat warms you up better. And it burns more calories in the process.

We like number one, but number two is even more tantalizing. Having more brown fat means you burn more energy at rest long after you exit the cold pool.

If you occasionally practice cold exposure, your body will likely thank you. Here’s how.

The most promising benefit of cold thermogenesis? You burn more calories.

To be clear, a higher metabolic rate doesn’t guarantee weight loss. You might burn more calories, but you might eat more calories too.

Case in point: one 2014 study found that obese mice exposed to cold didn’t lose weight.[*] Their energy expenditure went up, but they ate more food to compensate.

We’ll return to this benefit later when we cover getting cold on Keto.

As we age, the synapses in our brain deteriorate. This can impair cognition.

Cold shock proteins (which we make during cold exposure) may help. “When these Cold Shock Proteins are present,” writes researcher and health educator Dr. Rhonda Patrick, “neurodegeneration or the breakdown of these synapses is decreased!”[*]

To be clear, this data is mostly in test tubes. But it’s promising nonetheless.

Cold exposure increases levels of a stimulating hormone called norepinephrine. Not only does norepinephrine boost metabolic rate and brown fat activation, but it may also boost mood.[*]

Thanks to norepinephrine, researchers believe that cold showers may be an effective treatment for depression.[*] But even for non-depressed folks, cold can lend a much-needed boost to the nervous system.

There’s also promising evidence that cold stress bolsters immunity. In one study, researchers placed seven men in a room cooled to 5°C (41° F) for 2 hours. After the exposure, the men showed increases in ​​leukocytosis, granulocytosis, and natural killer cells—all important soldiers in the immune response.[*]

Many athletes use ice baths for recovery. Does the evidence support this practice?

Yes and no. A systematic review of the literature found that while cold exposure reduces subjective measures of delayed onset muscle soreness (DOMS) and perceived exertion, it does not affect objective measures like inflammation.[*]

Do Cold Thermogenesis and Keto Work Well Together?

We don’t have good data to answer this question, but probably.

Both the Keto diet and cold thermogenesis increase calorie burn, so there’s a natural synergy there.[*][*] And since Keto has a suppressive effect on hunger hormones[*], it should help limit compensatory eating following cold exposure.

And if you burn more calories and skip the extra snacks, that’s a formula for fat loss.

Who Should Avoid Cold Stress?

There’s a wide spectrum of cold therapies, but not all of them are suitable for everyone.

Most people can handle a chilly autumn day, a chilly shower, or a chilly air-conditioned room. But when you start talking about ice baths, cold plunges, and cryotherapy chambers—the standard medical disclaimers apply.

If you have a medical condition, be careful with cold exposure. When in doubt, run it by a medical professional you trust.

How To Practice Cold Thermogenesis

Ready for the benefits of cold? Here are your main options:

Ice baths, cold showers, and cold water immersion are all effective ways to induce cold thermogenesis. But while the super-cold methods will have the largest effect, consider starting with a gentler method.

A cold vest is a portable way to boost cold thermogenesis. If you want to shell out a few bucks, this biohacker niche item has been shown to activate brown fat in humans.[*]

The coldest air around is in a cryotherapy chamber. These chambers—which reach temperatures below -166°F—appear to have similar benefits to cold water immersion.[*]

Or simply turn down the thermostat. One study, for instance, found that sleeping in a cool room (66°F) increased brown fat volume in healthy men.[*]

Or go outside on a cool day. In one study, spending 6 hours per day at 60°F for 10 days led to a 37% increase in detectable brown fat volume.[*] The colder it is, the less time it will take.

When we get cold, we activate cold thermogenesis. As our body heats up, our metabolism revs up along with it.

This is a good thing. We aren’t meant to sit in climate-controlled rooms all day.

But we can sit in them for most of the day and still benefit from brief bouts of cold exposure. Get cold, then get comfortable. Sounds like a plan.