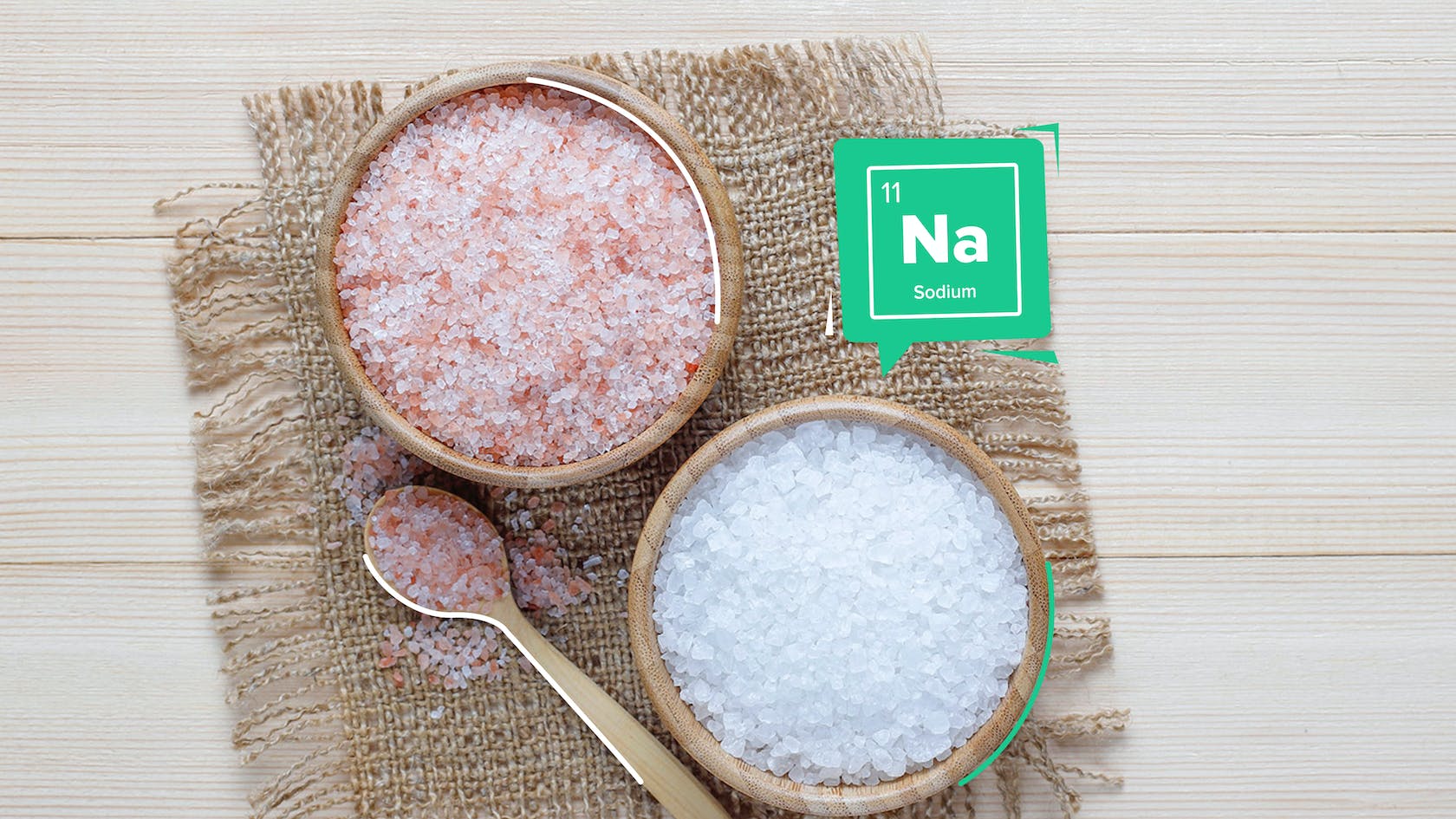 Is Sodium Bad for You?

Is Sodium Bad for You?

Earl, put down that salt! Don’t you know that sodium is bad for you?

Sodium is bad for you. Now there’s a piece of conventional wisdom that needs to be debunked.

Sodium isn’t bad for you. It’s an essential mineral that many people are short on - especially people on a Keto diet.

Why does sodium have such a bad reputation? For one, because US dietary guidelines call for aggressive sodium restriction.[*]

This has been the case for decades.[*] But even though sodium restriction can have unfortunate health consequences, the war on sodium continues.

Let’s review sodium’s importance for a bit. Then we’ll talk about getting enough sodium on Keto.

Sodium is a mineral with the chemical symbol Na. In nature, sodium almost always appears with chloride (Cl) as salt (NaCl).

Sodium belongs to a class of minerals called electrolytes. Electrolytes are compounds that conduct electricity in the human body, allowing cells (like nerve cells) to transmit messages.

Let’s dig into the sodium-blood pressure story a little more.

The call to avoid sodium is based, in part, on research conducted by Lewis Dahl in the 1960s and 1970s. When Dahl’s rats were injected with large doses of sodium, their blood pressure rose.[*]

But data in human populations has been inconsistent. Some data shows a link between sodium and blood pressure, while other data does not.[*][*]

In the 1988 INTERSALT study, researchers found sodium intake to be unrelated to the prevalence of hypertension in most global populations.[*]

The data on heart disease also doesn’t favor sodium restriction. In one study published in JAMA, high-risk heart disease patients restricting sodium in line with US dietary guidelines had more heart attacks and strokes than those consuming double the recommended amount.[*]

Yes, too much sodium will raise blood volume and therefore blood pressure. But “too much” is a subjective term. In reality, “too much” sodium may be at least double what’s recommended.

Should people with existing hypertension restrict sodium? It's possible they should focus on limiting sugar and boosting potassium instead.[*] Sugar-fueled obesity and inadequate potassium may explain much of our collective blood pressure problem.

Also, one study found that sodium restriction (under 2.08 g /day) was linked to higher rates of kidney disease in those with hypertension.[*] That’s not promising.

And that’s just one potential consequence of a low sodium diet.

The Dangers of Inadequate Sodium

When you restrict sodium, your body releases a bunch of hormones—aldosterone, epinephrine, and norepinephrine—to retain this crucial mineral. These hormones, unfortunately, have the side effect of raising blood pressure.[*]

Another problem with low sodium diets? Bone health. If you short yourself on sodium, your body takes it from your bones.

Long-term conditions aside, there are more pressing reasons to get enough sodium. Sodium helps maintain energy, prevents cramps, promotes cognition, and much more.

And that brings us to Keto. Most folks on low-carb diets don’t get enough sodium.

Why You Need More Sodium On Keto

When you eat a whole foods Keto diet, high-sodium packaged foods are off the menu. The often neglected salt shaker becomes your primary source of sodium.

Meanwhile, through a quirk of physiology, a Keto diet increases sodium loss through urine.[*] So less sodium is coming in, more is going out.

That’s right. The infamous Keto flu is often a case of inadequate sodium.

Active Keto dieters lose sodium another way: through sweat. When you sweat, you lose both water and sodium.

Often only water gets replaced, but if you only replace water, you exacerbate sodium deficiency. Taken to the extreme, this creates a dangerous condition called hyponatremia (low blood sodium) that plagues many elite athletes.[*]

So how do you get enough sodium if you’re active, Keto, or both? Keep reading.

How To Get Enough Sodium On Keto

How much sodium you need will vary based on your size, diet, and activity level. For most people, a good baseline is around 5 grams of sodium per day. This equates to about 2.5 teaspoons of salt.

This is around double the recommended limit of 2.3 grams per day. But as we covered earlier, the JAMA heart data suggest 5 grams is a better target.[*]

And if you’re active or Keto, you may need more. Athletes exercising in the heat, for instance, can lose up to 7 grams of sodium per day![*]

Instead, get your sodium from:

Combine these strategies and you’ll be in a good position to get enough sodium on Keto.

Want to optimize your sodium intake like a pro? Track it with the Carb Manager app. A small tweak in salt usage can make a big difference in how you feel.

If you are suffering with any medical conditions or taking medications, we advise working with a registered health professional before making any changes to your diet.