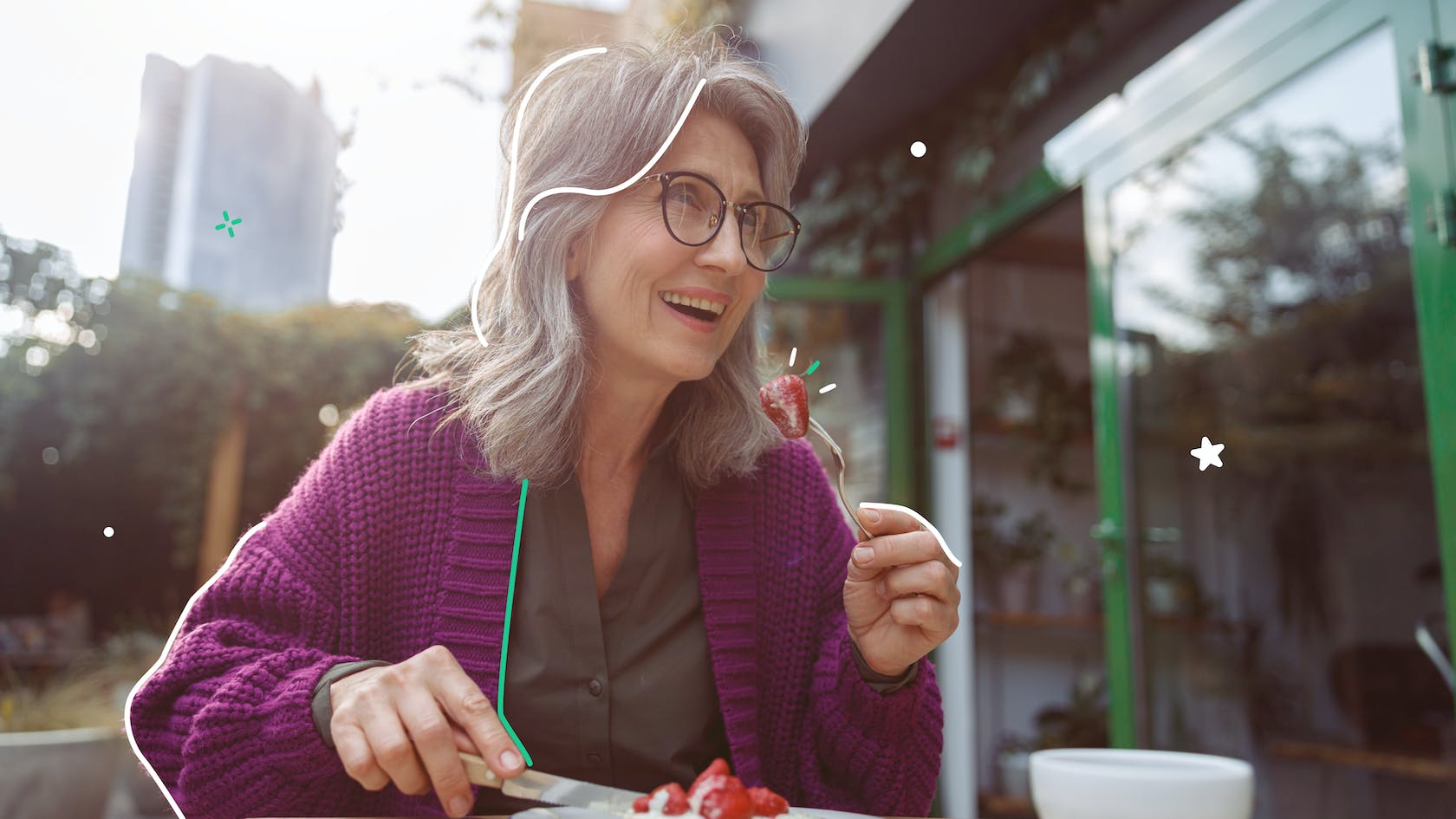 Keto And Menopause: Can a Low-Carb Diet Help?

Keto And Menopause: Can a Low-Carb Diet Help?

A lot of women are wondering if a Keto diet makes sense during the transition to menopause. They’re considering if a low-carb diet can help with hot flashes, insomnia, mood swings, weight gain, and other symptoms of this challenging process.

But while there is research on Keto for postmenopausal women[*], there isn’t much data on Keto and menopause. There are, however, clues in the literature.

The clues indicate both potential benefits and risks of eating Keto around menopause. It’s not black and white. The human body is complicated, and menopause only complicates things further.

Let’s cover the basics of menopause first, then we’ll see how Keto fits in. Keep reading.

Menopause is defined as the cessation of a woman’s menstrual cycle for at least 12 months. It’s a normal occurrence that’s part of the aging process.

When someone says they’re “going through menopause,” they’re referring to the transition period from premenopause to postmenopause.[*] This transition period, which often lasts 5 to 10 years, is called perimenopause.

The signal that kicks off this transition is when the ovaries start to run out of eggs.

When the ovaries start to run out of eggs, they no longer respond to a hormone called follicle-stimulating hormone (FSH), which in turn prevents the release of luteinizing hormone (LH) and the release of an egg (ovulation) each month. As a result, estrogen falls and menstruation ceases.[*]

But it’s not an on-off switch. The transition is usually gradual and often bumpy.

What Are the Symptoms of Menopause?

What symptoms should a woman expect during perimenopause? Let’s see what the stats say.[*]

About 75% of women experience vasomotor symptoms during perimenopause. These include hot flashes, night sweats, migraines, and palpitations.

And about 45% of women experience psychogenic symptoms like insomnia, mood swings, anxiety, irritability, loss of confidence, and loss of self-esteem.

Another common symptom is weight gain, especially around the belly. This is probably the symptom that Keto is best for remediating.

Is Keto the best diet for menopausal women? That’s not clear yet, but here are some potential benefits.

Many women going through menopause have difficulty losing weight. Or they gain weight.

Why? One reason is that ghrelin—a hunger hormone—is elevated during perimenopause.[*] More hunger, more overeating.

That’s where Keto comes in. Since a Keto diet reduces ghrelin levels, it may help menopausal women with weight management and weight loss.[*]

Keto may also be effective for weight loss after menopause. One study found that obese postmenopausal women lost an average of 20 pounds after 25 days of ketogenic dieting.[*]

The fall in estrogen during perimenopause not only disrupts menstruation. It also disrupts insulin function.[*]

Insulin is a hormone that regulates blood sugar and fat-burning capacity. When insulin function is compromised (a condition called insulin resistance), it can be harder to lose fat.[*] This, unfortunately, may contribute to menopause-related weight gain.

Though it hasn’t been tested in menopausal women, the Keto diet was shown to improve insulin function in women with polycystic ovary syndrome (PCOS)[*][*], among other populations.[*]

Hot flashes are the most notorious symptoms of menopause. But what causes them?

Inflammation is a likely culprit. Researchers have found that various inflammatory markers are elevated in perimenopausal women with hot flashes and night sweats.[*]

Keto may help by suppressing inflammatory processes like the NLRP3 inflammasome.[*] More research is needed, but it’s an interesting theory to chew on.

Before covering the potential risks of Keto for menopause, a quick disclaimer: The Keto diet isn’t for everyone. In particular, underweight people, those with a history of eating disorders, children, and pregnant or nursing women should be cautious with carb restriction.

Also, those using Keto to manage a chronic condition (like type 2 diabetes or cancer) should do so only with medical supervision.

With that said, here are more specific risks:

Perimenopause is challenging enough without Keto flu symptoms. Because of this, menopausal women may want to hold off on Keto. (Note: you’ll learn useful tips soon for preventing Keto flu).

Why? Researchers believe that an increase in dietary saturated fat is to blame.

But multiple large reviews have found no link between saturated fat intake and heart disease, so the issue is far from settled.[*][*]

Tips for Going Keto During Menopause

If you decide to go Keto during menopause, consider these tips to ease the transition:

One last note. Keto probably isn’t the best menopause diet for every woman, but it’s worth experimenting with. Follow the above tips, listen to your body, and (if possible) track your bloodwork and you’ll be in a good position to succeed.