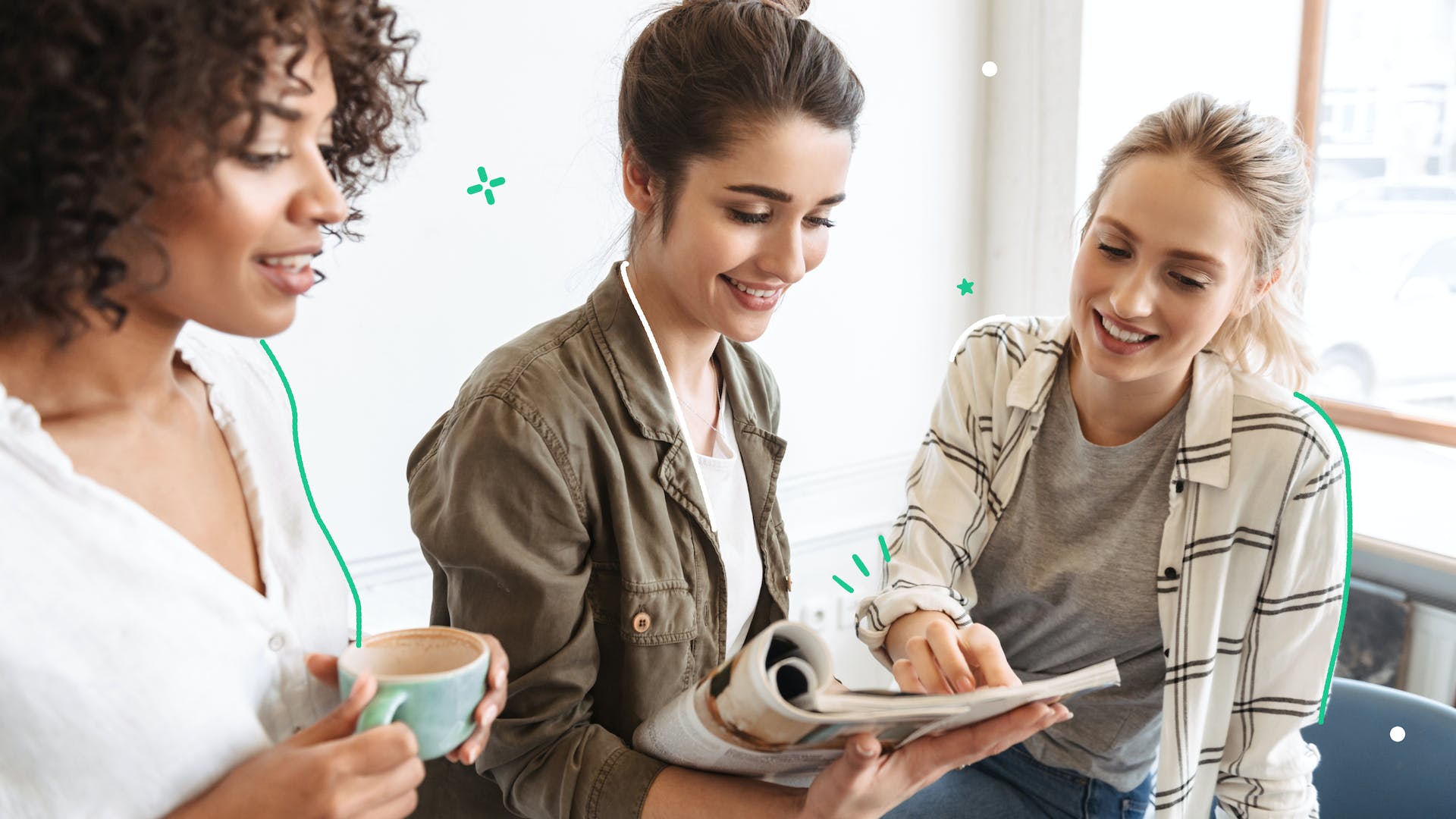 The Ultimate Guide To Keto For Women

The Ultimate Guide To Keto For Women

Many people have adopted the Keto diet intending to lose weight, feel better, and improve overall health. Naturally, many of these adopters are women.

Keto has worked for a lot of women. No controversy there. You see this in news stories, published science, and in the Carb Manager community.[*]

But Keto has also worked for a lot of men. So are there meaningful differences in how men and women respond to low-carb diets?

Occasionally, yes. While most Keto benefits (and risks) are gender blind, others are specific to women.

In this article, you’ll learn all about Keto for women: benefits, drawbacks, recommended supplements, and how to get started. Keep reading.

The Keto diet (short for ketogenic diet) is a high-fat, low-carb eating regimen in which you consume 55-70% of your calories from fat, 20-35% from protein, and less than 10% from carbohydrates. Keeping your macros in these ratios helps unlock the fat-burning state called ketosis.

Alongside increasing healthy fats, carb restriction is key to Keto. Carb restriction keeps the hormone insulin low, which in turn helps you access stored body fat. Once accessed, that fat then heads to the liver for conversion to energy and ketones.[*]

In other words, Keto gets you running on fat from both your diet and body stores for energy. Moving into this state of ketosis may help with fat loss, increased energy, mental sharpness, improved metabolic health, and reduced inflammation. We’ll explore these benefits more in a moment.

Does Keto Work the Same for Men and Women?

In many ways, it does. Both men and women have the same fat-burning machinery—the same ability to produce ketones as discussed above.

But not everything is the same. Depending on where she is in life, a woman will have different nutritional considerations than a man.

Much of this difference relates to fertility, pregnancy, and breastfeeding. All of these situations require a surplus of nutrients to either:

Where does Keto come in? Due to its satiating nature, it’s easy to under-eat calories on Keto, even if you’re not consciously limiting portions.[*] This may be problematic for a premenopausal woman trying to stay fertile or taking care of her baby.[*]

But this isn’t true across the board. For instance, reducing carbs has been shown to help overweight women with PCOS improve their hormonal health.[*]

The point is that Keto doesn’t affect all women equally. We’ll touch more on the risks of going Keto—and how to mitigate them—later.

Top 10 Benefits of Keto for Women

Both men and women have the ability to burn fat and produce ketones (to enter ketosis) when carbs are scarce. And so besides PCOS (#10), most of these benefits apply to both sexes.

Weight loss is the main reason people go Keto. It can be an effective way to eat less, burn fat, and shed pounds.

Here are some Keto weight loss studies specific to women:

Being in ketosis has been shown to reduce hunger hormones like ghrelin and neuropeptide Y.[*] Less hunger means less overeating, and less overeating can mean less weight gain.

According to a recent consensus report, low-carb diets are the intervention with the “most evidence” for reducing high blood sugar in people with type 2 diabetes.[*]

When you burn fat on Keto, you produce molecules called ketones. Ketones then fuel the brain with clean, efficient energy.

A Keto diet has the potential to help treat certain cancers by starving cancer cells of their favorite food: glucose. Keto may also help reduce cancer growth factors like insulin and IGF-1.

One study, for instance, found that a Keto diet reduced insulin and IGF-1 levels in women with endometrial or ovarian cancer.[*]

More research is on the way. For example, multiple clinical trials are ongoing on Keto for breast cancer.[*]

Researchers are also exploring Keto as a therapy for neurodegenerative diseases like Alzheimer’s and Parkinson's.

Why? Because as the brain ages, it becomes less and less adept at running on glucose, but it doesn’t lose its ability to run on ketones.[*]

The low-grade immune activation known as chronic inflammation is linked to nearly every modern disease.[*] Keto may help control this damaging process:

Less inflammation may lower the risk for chronic disease.

When you burn fat for fuel, you can go longer on your own energy supply. That’s called being “fat-adapted” or “Keto-adapted,” and it can help fuel endurance exercise.

In 1980, Dr. Stephen Phinney found that a ketogenic diet nearly doubled the time obese people could walk on a treadmill.[*] Since then, many endurance athletes (both men and women) have reported success with Keto.

Keto for Women: Risks and Who Should Avoid It

Some gender-neutral risks of going Keto include:

And some groups may want to skip Keto altogether, including:

For women specifically, Keto probably isn’t the best diet for conception, pregnancy, or breastfeeding. The research is too limited and the potential for unintentional calorie restriction is too high.

While you should strive to get your nutrition from food, it’s not always possible. Consider these 6 supplements to augment your Keto diet:

Also, note that pregnant and nursing women should kick up their nutrient intake to nourish the baby.[*] A well-formulated prenatal multivitamin should have plenty of folate, vitamin A, vitamin D, niacin, riboflavin, vitamin B12, selenium, iron (for pregnancy only), and zinc to address these increased needs.

How To Start Keto for Women

Here are 7 tips to get your Keto lifestyle running smoothly.

This is especially important for women of reproductive age. A woman’s fertility is susceptible to calorie restriction, and Keto is a highly satiating diet.[*]

Don’t gorge yourself. Just eat until you’re full. The fat-burning magic will work primarily on its own.

#2: Be careful with fasting

This goes with tip #1. Intermittent fasting may help with weight loss and metabolic health, but it’s wise to go Keto first before you start fasting. Starting both at once may be too much.

Fat-adaptation doesn’t happen overnight. If possible, give your fat-burning machinery a few weeks to rev up before you decide if Keto is right for you.

Fat bombs may be tasty, but they aren’t the best sources of vitamins and minerals. Look to whole foods like eggs, leafy greens, fish, avocados, and meat to keep your body humming along like the beautiful machine that it is.

If you don’t eat enough protein, your exercise recovery and lean mass will suffer. And contrary to popular belief, high-protein Keto diets are perfectly compatible with weight loss.[*]

The other main macro to track is carbs, but you already knew that. Make tracking Keto macros easy with the Carb Manager app.

Last but not least, don’t be too strict with your Keto diet. If you want to reintroduce carbs occasionally, go for it. You don’t have to feel guilty about the sporadic cheat meal.

Alongside increasing healthy fat intake, carb restriction is the key to ketosis. But it’s also the biggest challenge of the Keto diet. It’s hard to give up bread, pasta, rice, sweet potatoes, etc.—especially if you happen to love these foods.

Allowing some flexibility will make it easier to stick with a Keto template long-term. And when you eat healthfully—not just for weeks—but for months and years, that’s when the benefits accrue.