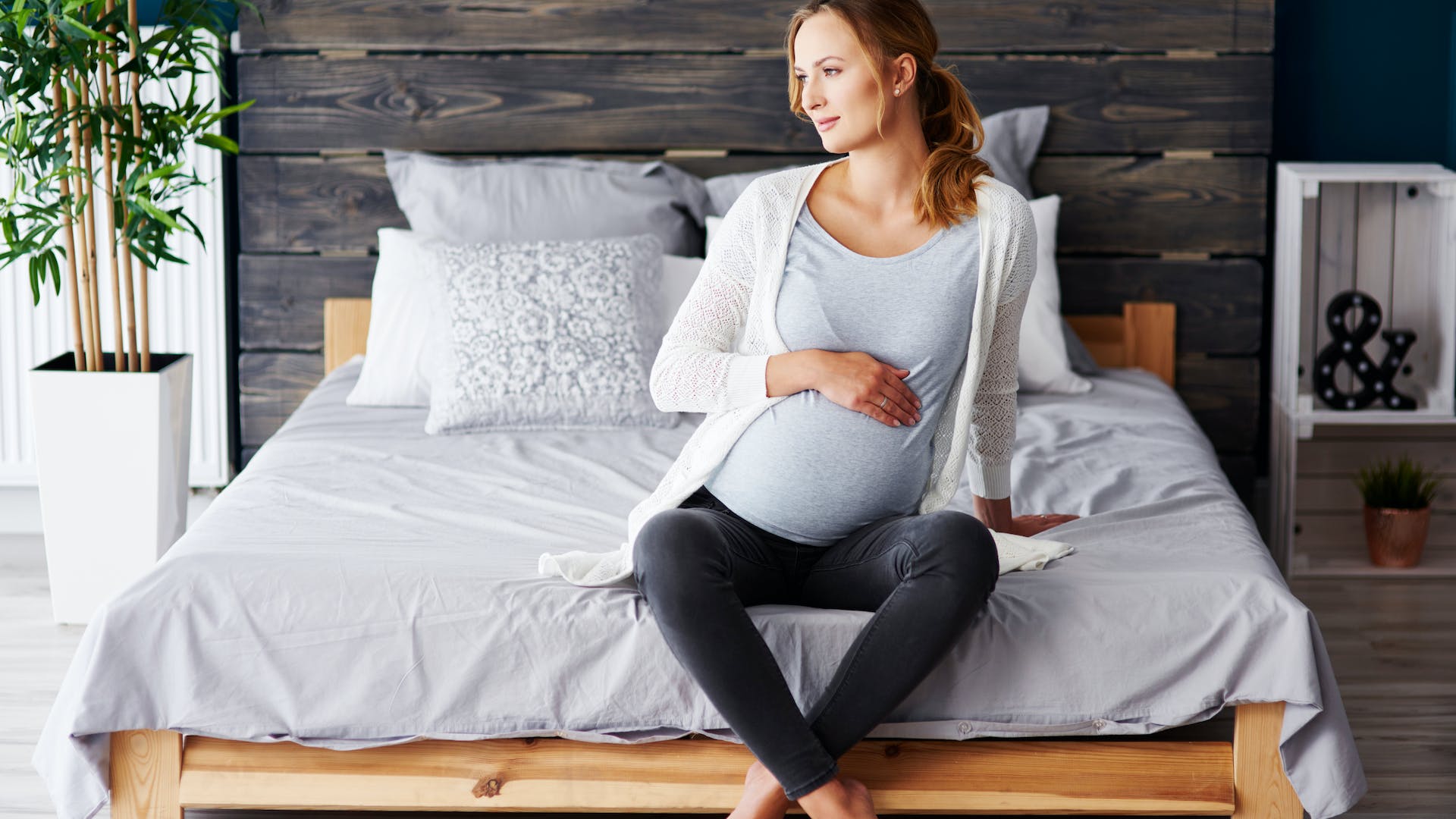 Keto For Pregnancy And Nursing: Is It Safe?

Keto For Pregnancy And Nursing: Is It Safe?

If you’re pregnant, nursing, or expecting to be, you might be wondering if Keto is healthy for these pivotal periods. Is Keto safe for pregnancy?

It’s worked for many moms, but that doesn’t mean there aren’t risks. And it also doesn’t mean that low-carb diets will work for every expecting mother.

This article will help provide some clarity. By the end, you’ll be able to decide if Keto makes sense for your prenatal and postnatal journey.

Keto is short for the Keto diet. The Keto diet (or ketogenic diet) is a low-carb eating plan in which you eat 55-70% of your calories from fat, 20-35% from protein, and under 10% from carbohydrates.

By keeping carbs low, you send a powerful fat-burning signal to your cells. This signal—triggered by low blood sugar and insulin levels—breaks apart body fat and sends it to your liver where it’s burned to make energy and ketones.[*]

Keto is best known as a weight loss diet. On a very low-carb diet, people not only tend to consume fewer calories, but also expend more energy.[*]

Why do people eat less on Keto? Because low-carb diets reduce hunger hormones like ghrelin and neuropeptide Y.[*]

Remember this point about Keto, appetite, and food intake. It will come up later when we talk about prenatal and postnatal nutrition.

Proper Nutrition During Pregnancy and Nursing

While pregnant or breastfeeding, a woman needs more of everything. (Love, hugs, understanding, etc.). And nutrition-wise, she needs more:

To be clear, these are just rough guidelines. A woman’s caloric needs will vary based on her age, weight, activity levels, genes, and a variety of other factors. The important thing is to eat more, not less.

This means that pregnant and nursing women should focus on protein first in their macro strategy. The bare minimum is 60 grams per day, but 100 grams is a better target for active women.[*] High-protein foods like meat, fish, eggs and whey protein should be dietary staples, Keto or otherwise.

To meet the increased vitamin and mineral needs during pregnancy, the United Nations Children’s Fund (UNICEF), United Nations University, and the WHO developed a multiple-micronutrient (MMN) tablet containing [*]:

There’s also evidence that choline (from eggs and liver) and omega-3 fatty acids (from fish and fish oil) aid brain development in the growing fetus.[*][*] Pregnant women should strive to get enough of these nutrients too.

Possible Benefits of Keto During Pregnancy

There isn’t much clinical evidence on Keto for pregnant or nursing women. We have anecdotal evidence, and we know that Keto can help other populations, but the jury is still out on this topic. Let's take a look at some potential benefits of Keto during pregnancy.

If you want to maximize your health, it pays to minimize your intake of added sugar. Added sugar has been linked to most modern diseases—most notably obesity[*]—and maternal obesity may lead to bad outcomes for the fetus.[*]

Along with the Paleo diet, the Mediterranean diet, and a few other eating plans, a whole foods Keto diet is devoid of added sugar. This is undeniably good for both mother and child.

By limiting carbs, Keto restricts the foods that spike blood sugar the most. And the Keto diet, it’s been shown, can be an effective treatment for a similar metabolic disorder called type 2 diabetes.[*]

The bottom line is that Keto may help with gestational diabetes, but more research is needed.[*]

Risks of Keto During Pregnancy and Nursing

And here are some possible concerns about pre or postnatal Keto.

Undereating can stunt the growth of the fetus and impair Mom’s energy levels.[*]

Since a Keto diet suppresses hunger, it increases the risk of accidental calorie restriction. Because of this, pregnant and nursing women should make a conscious effort to eat extra calories—especially protein calories—on Keto.

Why? Because milk production uses up lots of glucose, the body gets confused, and its ability to regulate ketone levels goes out the window. This doesn’t happen to everyone, but it’s something to watch out for.

Some mouse data suggest that a ketogenic diet impairs fertility in the mother and slows fetal growth.[*][*] But this might not be applicable to humans because:

Finally, a ketogenic diet has been shown to improve the sex hormone profile in women with PCOS.[*] So in some cases, this could be listed as a benefit.

Tips for Keto During Pregnancy

If you want to try Keto during pregnancy, consider these tips:

Is Keto Safe for Pregnancy and Nursing?

Scientists still aren’t sure how Keto affects pregnant and nursing women. Because of this, you should proceed cautiously.

Along with following the above tips, work with your doctor to monitor your situation. If things start to look or feel off, consider bumping up your carbs by 50 to 100 grams per day.

Many expecting women have flourished on low-carb diets, but everyone is different. Listen to your body (and your doctor) to set yourself up for a safe and healthy pregnancy.