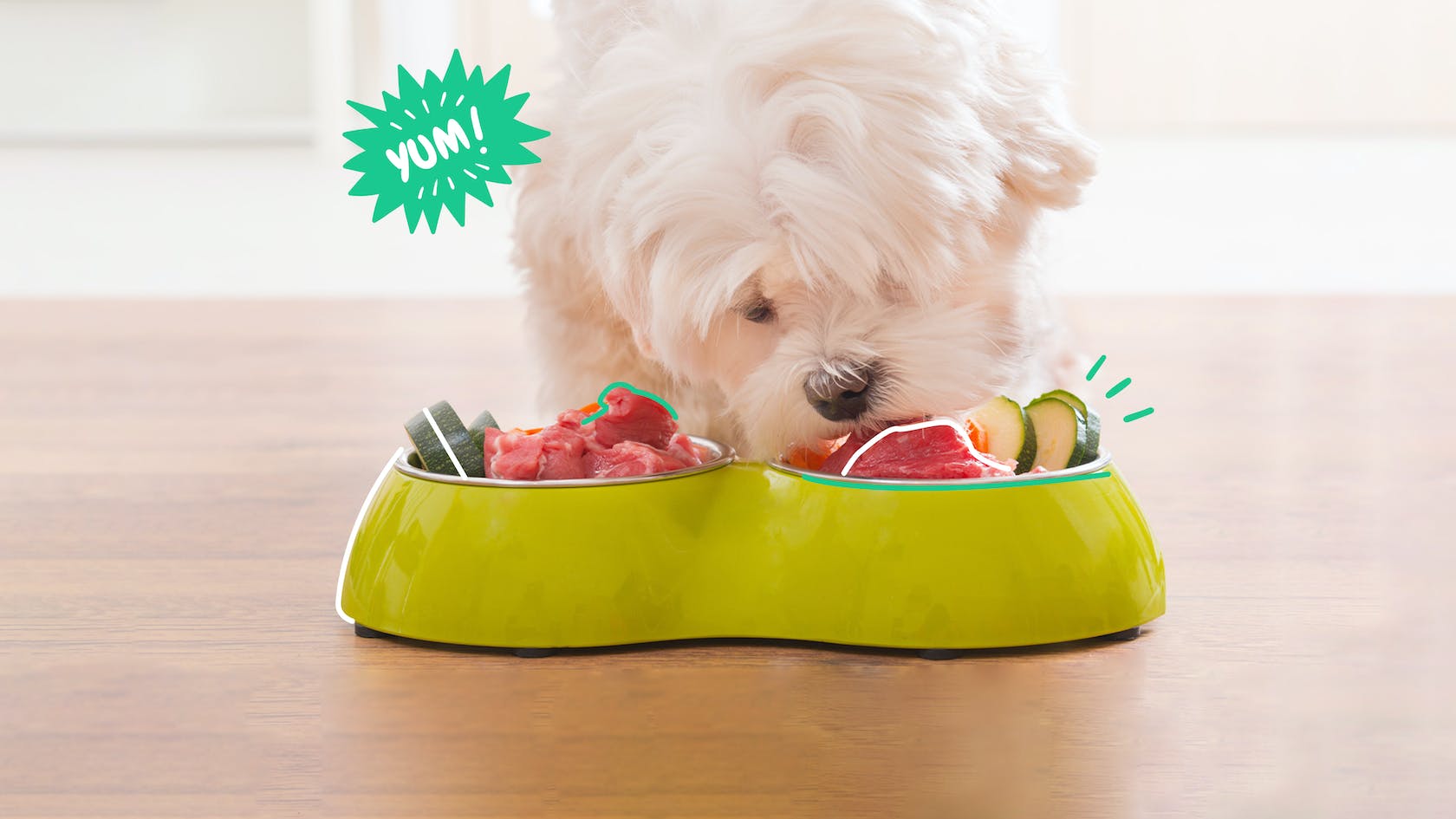 Keto For Dogs: What You Need To Know

Keto For Dogs: What You Need To Know

Many people are now feeding their dogs a ketogenic diet. If you’re a dog owner too, you might be wondering: Is Keto good for my pup?

It’s a good question. Diet matters for dogs just like it matters for people. It affects their disease risk, energy levels, and lifespan.

But unlike people, dogs can’t choose what they eat. Unless they sniff their way into the trash, their nutrition is entirely up to you.

Your mission, should you choose to accept it, is to feed your pup a diet that gives the best chance of a long, happy life.

That diet might look a lot like Keto. As you might imagine, we don’t have the research on Keto for dogs that we do on Keto for humans. But the research that does exist—combined with what we know about the natural diet of dogs—makes Keto a promising option for doggy dinner.

Let’s dig into it.

What Is A Ketogenic Diet?

A ketogenic diet (or Keto diet) is a high-fat, moderate protein, very low-carb eating plan. In animals and humans, keeping carbohydrates low triggers a series of metabolic changes that leads to fat-burning and ketone production.[*]

The main metabolic change on Keto is a drop in insulin, the master energy hormone. Low insulin signals the breakdown of stored body fat (called lipolysis), and this fat is subsequently burned in the muscles, liver, and other tissues.

Along with fat, ketones provide energy too—especially to the brain. The brain normally runs on glucose, but the energy burden shifts to ketones, when ketones are in high supply.[*]

A ketone-fueled brain looks to be an enhanced brain. For example, a single ketogenic meal showed improved working memory, attention, and other cognitive improvements in elderly adults.[*]

Elevated ketones have also shown the potential to improve cognition in dogs. (Older beagles, to be exact).[*] This was achieved, not with a standard Keto diet, but by supplementing the beagles with medium-chain triglycerides (MCTs), a type of fat that boosts ketones even in the presence of carbs.

Mental performance, however, is just one potential benefit of Keto for dogs. We’ll review the other benefits soon, but first, let’s examine how dogs are meant to eat.

Keto: A Species-Specific Diet For Dogs

Genetically speaking, dogs are nearly indistinguishable from wolves.[*] They may be friendlier, but they’re still carnivores.

Carnivores exist solely on the flesh of other animals.[*] Animal flesh is low to high in fat, moderate to high in protein, and extremely low in carbs. The fat and protein content will vary by the type of meat, but carbs always remain low.

This means that a dog’s ancestral diet is more or less ketogenic. A carnivore diet may not be the most ketogenic diet (especially if it’s primarily lean meats), but it’s certainly a very low-carb diet.

Unfortunately, many dog foods, dog chows, and dog kibbles are grain or potato-based. These pseudo foods don’t mimic the diets dogs have evolved to eat.

More research is needed, but there’s potentially a link between high-carb diets and the high prevalence of obesity and cancer in canine populations. Let’s explore that now.

Keto for Dogs with Obesity

According to one estimate, 25% of dogs seen for veterinary care are obese.[*] It’s the most common diet-related condition in pets.

There’s plenty of literature on Keto for weight loss in obese people. Why does it work? One reason is that Keto helps reduce hunger hormones like ghrelin.[*] Less hunger, less overeating, less weight gain.

There’s less evidence on Keto for obese dogs, but one low-carb trial did have some success with obese beagles.[*] The dogs were fed about 50% of their regular calories, exercised daily, and were provided adequate protein to prevent muscle loss. All the dogs lost weight and showed improvements in energy, ease of breathing, and mobility.

Keto for Dogs With Cancer

There are about 65 million dogs in the United States. Each year, around six million of them will be diagnosed with cancer.[*]

In humans and animals, cancer remains a mysterious set of diseases. But one feature of many cancers is something called the Warburg Effect.

The Warburg Effect describes the cancer cell’s preference for glucose. More so than healthy cells, cancer cells love to run on sugar.

That’s where Keto comes in. By keeping blood sugar low, the Keto diet may curb cancer in both dogs and humans.[*]

In one case study, a 5-year-old mixed breed named Brad had an oral fibrosarcoma tumor removed before being placed on a ketogenic diet.[*] The normal survival time for dogs in this situation? Seven to twelve months.

But after 18 months of Keto dieting, Brad was still going strong. The cancer-related inflammation had dissipated and his energy came roaring back.

A non-profit called KetoPet also reports good results using a Keto diet to treat dogs with late-stage cancer. Many of their “patients” continue to live active lives long after their expected survival times.

Keto For Dogs With Seizures

About 1-2% of dogs suffer from epileptic seizures.[*] Not only do these seizures impact a dog’s quality of life, but they also appear to shorten it.

A Keto diet may help, according to one randomized controlled trial. The dogs had either zero seizures or a 50% reduction in seizure frequency during the three-month test period when eating Keto.[*]

As with all diets, there is never a one-size-fits-all approach, and the same applies to your pup.

Transitioning away from a standard doggy diet could potentially result in side effects and symptoms. Even our four-legged friends may be subject to a dose of the Keto flu.

It is also crucial to ensure that whatever dietary approach you choose, you are meeting all of your dog’s nutritional needs.

How To Feed Your Dog A Keto Diet

If you want your dog to be a Keto dog, you have two main options:

Raw meat is closer to what nature intended, but sanitation can be an issue. Dogs can generally tolerate the pathogens in raw meat, but humans can’t. Proper cleanup and handling become paramount.

If this concerns you, search for Keto dog food online. It’s not hard to find.

For general health and weight maintenance, consider a high-protein species-specific diet for your pup. About 50% fat and 50% protein (by calories) is what wolves eat in the wild.[*]

If you’re considering using Keto for it’s potential to ease your dog’s epilepsy or cancer symptoms, consider bumping up the fat intake to 70 or 80%, filling in the rest with protein. Make up 5-10% of these calories with MCTs to further boost ketone levels.[*]

Let’s hear from you now. Are you feeding your pup a Keto or carnivore diet? How’s it working out? Drop a comment and share your story.

If your dog is suffering with a medical condition or currently on any medication,  we strongly advise working with a trained animal care professional before making any dietary adjustments.