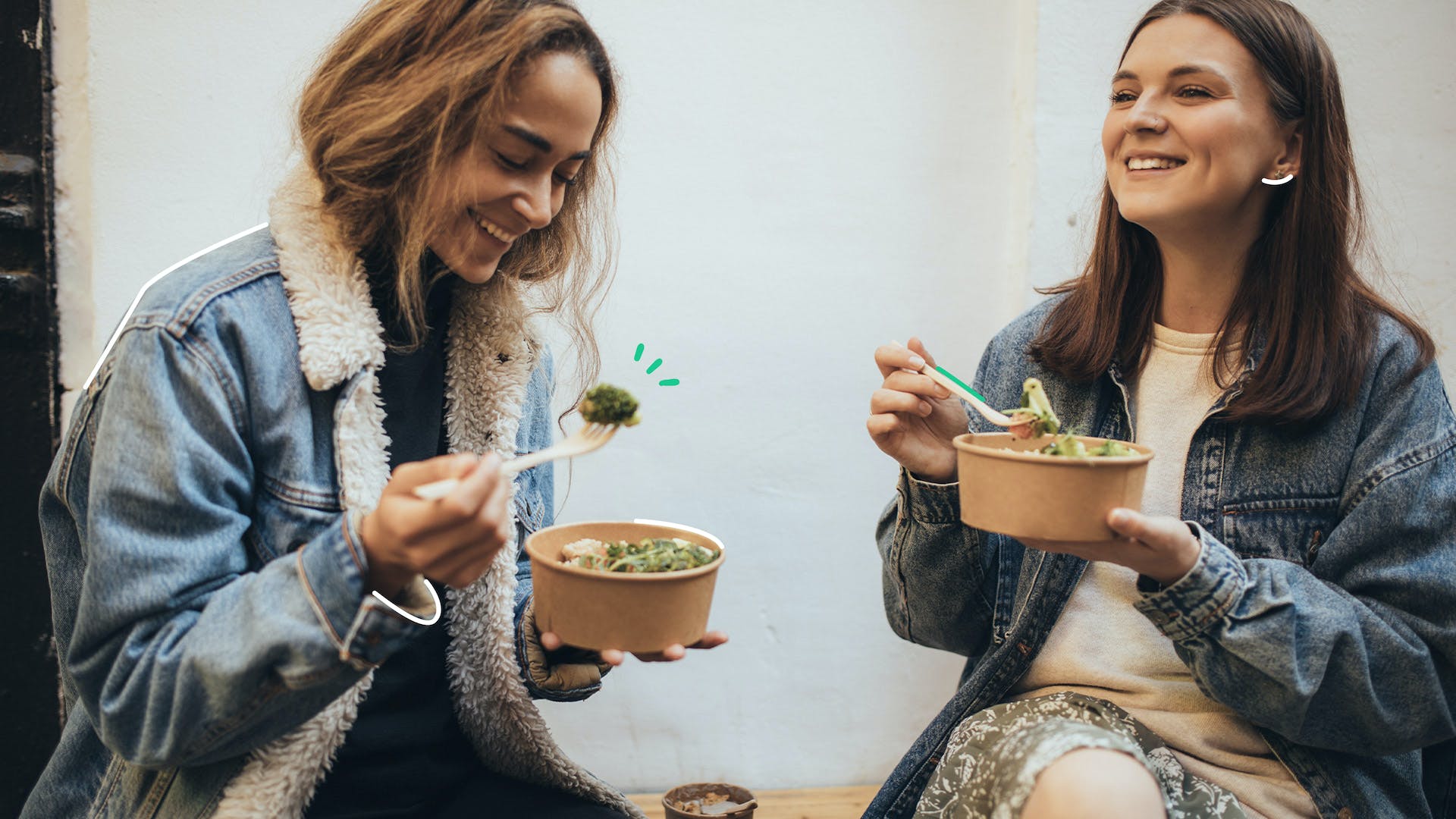 A Beginner’s Guide To Reverse Dieting

A Beginner’s Guide To Reverse Dieting

After dieting, many people regain the lost weight. Reverse dieting aims to prevent this post-diet rebound.

To practice reverse dieting, you slowly increase your calorie intake after a period of calorie restriction. This allows your metabolism to ramp back up to its old energy burn.

That's the hypothesis, anyway. We still don't have much data on reverse dieting (it's mostly anecdotes from bodybuilders), but the underlying assumptions do make sense.

You'll learn about these assumptions shortly. You'll also learn how to get started with reverse dieting, benefits, downsides, and FAQ. Keep reading.

What Is Reverse Dieting?

Reverse dieting is the practice of slowly reversing your diet. Instead of ending it abruptly, you transition back to normal portions in a step-wise fashion.

The theory behind reverse dieting? That gradually increasing calorie intake gives your metabolism time to fire back up again, preventing the dreaded post-diet weight gain.[*]

Post-diet weight gain is a well-documented phenomenon. To illustrate, let's look at data from The Biggest Loser.[*]

If you haven't heard of it, The Biggest Loser is a TV show that puts obese and overweight contestants on severely calorie-restricted diets. The contestants lose lots of weight, one person loses the biggest amount, and a celebration ensues.

But when the confetti stops streaming and the camera lights click off, something unfortunate happens: the contestants regain the lost pounds.[*] Why? Because their metabolisms are stuck in low power mode. They're only burning 1200 calories per day, but they're consuming 2000.

If they were reverse dieting, they might transition by eating 1300 calories one week, 1400 the next, etc. Hypothetically, this would stimulate the metabolism and satiety hormones like leptin—mitigating fat rebound.

Reverse dieting is popular among bodybuilders who regularly enter "bulking" and "cutting" phases. When a cut ends, the athlete wants to regain muscle but not fat.

This is the premise of reverse dieting: when your diet ends, you regain less fat because your metabolic rate has time to recover.

In other words, your metabolism re-adjusts to a higher caloric load. You eat a bit more, you burn a bit more, and so on. Consequently, it becomes easier to maintain your desired weight.[*]

We should also mention leptin. This metabolism-boosting, satiety-promoting hormone may become desensitized during calorie restriction—and increasing calories (especially carbs) can get it humming again.[*] That's the logic behind carb cycling, and it's similar to the logic behind reverse dieting.

This con is less concerning for athletes who burn significant energy while exercising. If you exercise more, you have a wider latitude to eat more. If you're less active, you have a smaller margin of error. (Note: portion control tends to happen naturally on a Keto diet. High-fat diets are satiating!)[*]

How To Reverse Diet

If you want to reverse diet, start by making a plan. These tips will help you form that plan.

#1: Do the original diet

If you want to lose weight, plan to eat fewer calories. The Carb Manager app can help you track (and stick to) your new calorie goal.

But don't be too aggressive. Heavy-duty calorie restriction (a la The Biggest Loser) may cause a permanent metabolic slowdown that you won't necessarily recover from.[*]

Instead, keep your calorie reduction at a modest 5 to 15 percent deficit per day. That's the more sustainable strategy.

One last tip is to get enough protein. (Half a gram of protein per pound of body weight is a good target—closer to a gram if you're active.)[*] Being low on protein causes muscle loss, and we don't like that.

Continually check in with your health goals. Once you've reached your target weight, it's time to try reverse dieting.

Don't return to normal portions overnight. Instead, inch your way back to transition your metabolism.

For example, if you were at a 500 calorie deficit, add 100 calories at a time for five to six weeks. Slow and steady is the key.

Reverse dieting is an unvalidated weight maintenance strategy. Keep this in mind as you tinker with it.

If you find yourself regaining lost weight, back off and reassess. Maybe reverse dieting isn't for you.

The best way to prevent weight rebounds is by losing weight gradually via a mild caloric deficit. If you try the starvation-style Biggest Loser diet, no amount of reverse dieting may help you.

Before we wrap, let's cover some rapid-fire questions on reverse dieting.

How do I reverse diet to recover from metabolic damage?

Science hasn't answered this question yet. If you have metabolic issues, focus on eating a whole foods diet, sleeping well, and exercising daily. Once you handle those areas, you might experiment with reverse dieting.

Does reverse dieting work without exercise?

Can I reverse diet without working out or gaining weight?

Hard to say. Both regimens may stimulate leptin and metabolic rate, but both carry the risk of overeating. In general, both appear to work best for athletes.[*]

How long should I reverse diet?

The smaller your calorie deficit, the smoother your transition will be. That's your key takeaway for today.