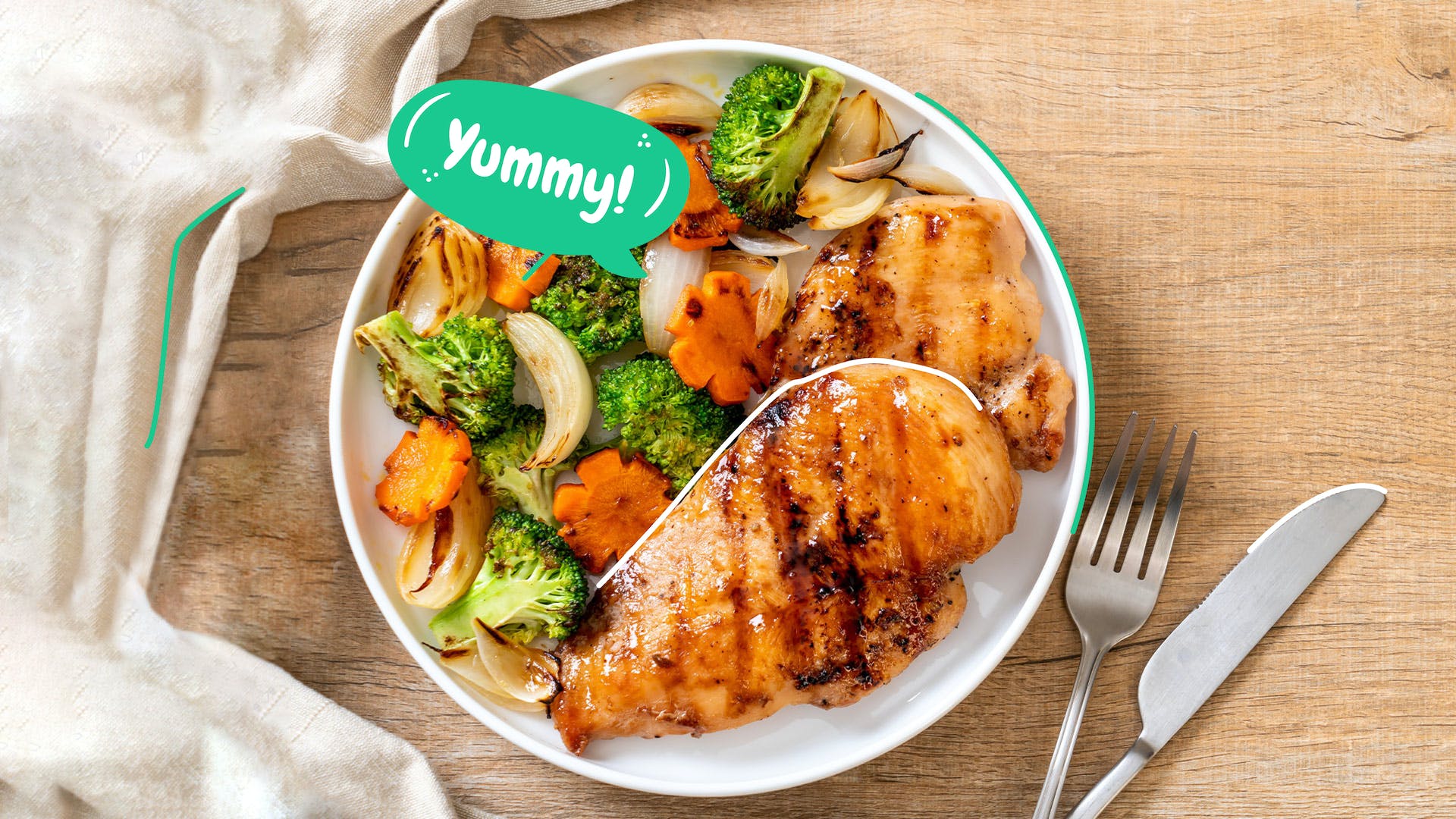 The Autoimmune Protocol Diet: What Is It and How Can it Help

The Autoimmune Protocol Diet: What Is It and How Can it Help

If you have an autoimmune disease, you have a confused immune system. Instead of attacking pathogens, it attacks healthy tissue.

Several studies suggest the AIP helps with autoimmune conditions like IBD and Hashimoto's thyroiditis[*][*][*]. More research is required, but we needn't await any results from the lab to understand that dietary changes are often the first step towards better immune function.

Today you'll learn how the AIP works, what to eat, what to avoid, possible benefits, and potential downsides. First, though, let's cover some basics.

What is the Autoimmune Protocol Diet?

The AIP is a Paleo diet with additional dietary restrictions. Like Paleo, the focus of the AIP is on nutrient-dense whole foods that humans evolved to eat.

Why? Because in sensitive individuals, these whole foods often trigger an immune response. Some explanation will help.

It's important to understand that immune health is closely linked to gut health. When food passes through the intestines, it passes through a dense concentration of immune cells. These immune cells stand sentinel, guarding against potential pathogens.

But in those with autoimmune issues, immune cells are too enthusiastic about guard duty. They attack everything, including food particles.

All this immune activity damages the gut, the immune system gets even more confused, and the symptoms persist. Researchers believe this phenomenon underlies a range of autoimmune conditions, including IBD, celiac disease, lupus, and Hashimoto's.[*]

The point of the AIP is to heal the gut through targeted nutrition. Let's look at some research now.

Evidence for the AIP

There are a few uncontrolled studies on the AIP improving autoimmune conditions. For instance:

To be clear, these studies aren't exactly grade-A evidence. Grade-A evidence would be large, randomized controlled trials showing that the AIP outperforms a control intervention.

Still, if you have an autoimmune condition, there's a good case for experimenting with the AIP in the laboratory of your life. It's a low-risk, high-reward proposition - if you follow the diet correctly.

How the AIP Works

The AIP is a type of elimination diet. You eliminate inflammatory foods for a set time (at least three weeks), then attempt to reintroduce them once the gut has healed.

The time needed for gut healing and symptom dissolution will vary by individual. In the studies above, the elimination phase lasted ten to eleven weeks. (Participants didn't reintroduce any foods during this time.) Ten weeks is an evidence-based starting point, but some folks can probably get away with a shorter elimination phase.

Eliminating food groups is a straightforward (if not unpalatable) proposition. It's the reintroduction phase that requires more nuance.

The trick is to reintroduce foods individually, allowing sufficient time (perhaps a week) to monitor symptoms. If the food triggers symptoms, stop eating it and let the symptoms calm down before trying something else. If the food doesn't trigger symptoms, add it back to the menu.

Understand, however, that food tolerance can shift over time. Just because you can tolerate eggs today doesn't mean you'll tolerate eggs in six months.

The best plan? Keep a rigorous food log (Carb Manager makes this easy), and don't be afraid to revert to the elimination phase if symptoms flare up again.

What To Eat and Avoid on the AIP

During the elimination phase, you should avoid:

Also, some AIP programs allow 1-2 servings of fruit per day, while others disallow fructose (fruit sugar) entirely. You'll have to play around to see what works for you.

What can you eat? Nutrient-dense foods that aren't listed above. This means vegetables, meat, fish, tubers, fermented foods, healthy fats, herbs, vinegar, natural sweeteners, tea, and bone broth are on the menu for breakfast, lunch, dinner, and snacks.

The list of forbidden foods on the AIP can provoke waves of anxiety.

How will I give up coffee? What am I supposed to snack on? Do I need to bring Tupperware to my cousin's wedding?

But think of it this way: you're choosing between reduced autoimmune symptoms and the taste pleasure (and convenience) of various foods.

Which one wins? Your quality of life or your taste buds?

What would your future self want you to do? Eat the symptom-provoking food or allow your gut to heal?

You know the answer. Your future self would want you to sacrifice mouth pleasure today for better health tomorrow. Stay motivated by remembering your future self. If it’s helpful, think about this protocol as a mission to figure out which foods serve you and which foods don’t. If you reframe it as a temporary inconvenience while on a mission to improve your health, it may be an easier pill to swallow.

The autoimmune protocol diet isn't the only gut-healing diet. You might also consider:

Finally, it helps to have a guide along the path to resolving autoimmune issues. Look for clinicians (integrative or functional doctors, for instance) who understand the healing power of nutrition. Once you start to feel better, you'll know you're on the right track.