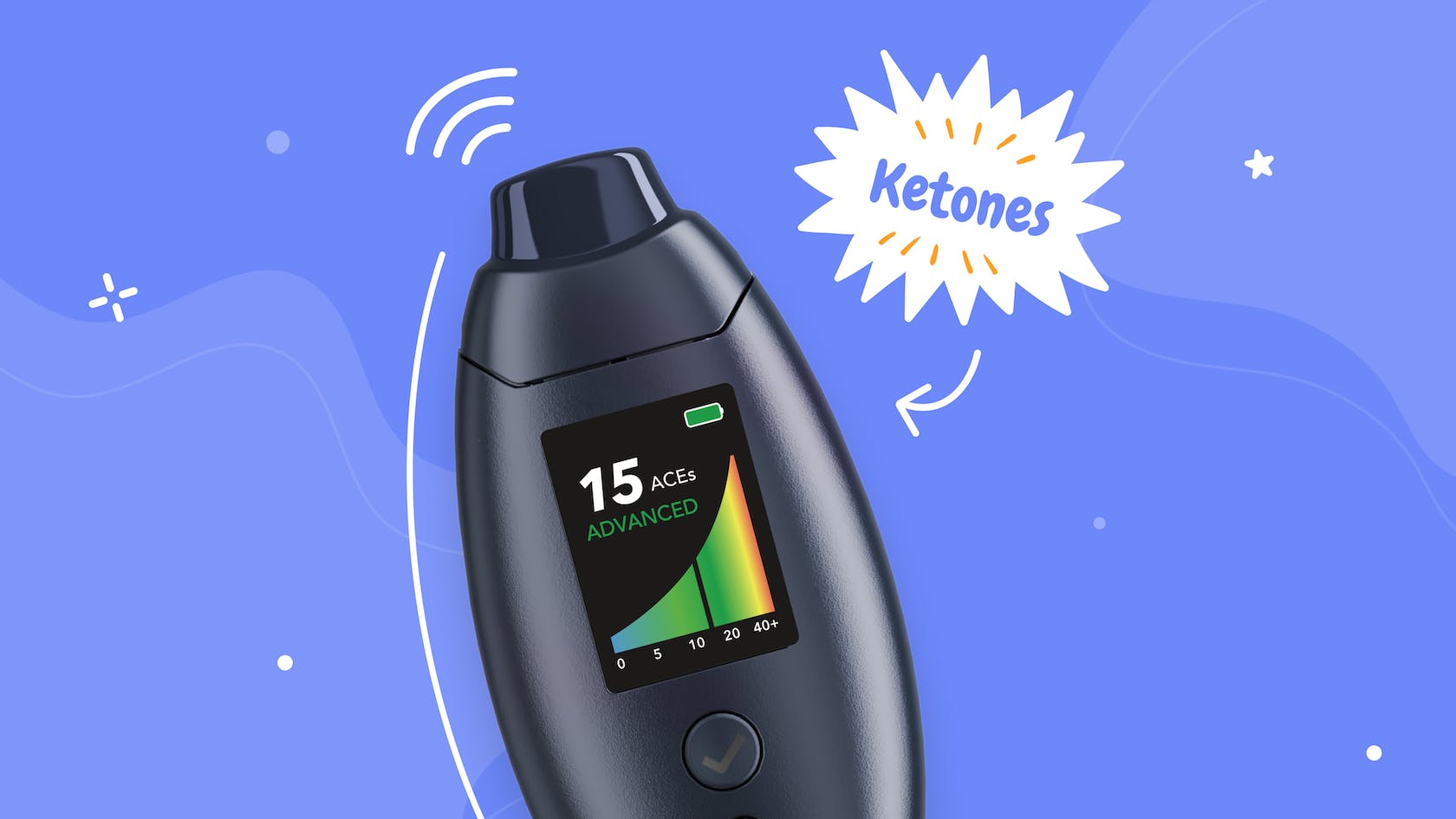 What Are Ketones? (And Why Do They Matter?)

What Are Ketones? (And Why Do They Matter?)

It’s the ketones, folks. Keto is short for Ketogenic, which means producing ketones.

And that’s exactly what happens on a Keto diet: you produce ketones.

This article will be an exploration of the ketone molecule. You’ll learn what it is, how to measure it, what your ketone levels should be, and more.

Ketones (also called ketone bodies) are tiny molecules produced by burning fat in the liver. They function as an energy source for the brain, muscles, and various organs.

The brain is the big one. This soggy mass of grey matter normally runs entirely on glucose, but when dietary glucose (carbohydrate) is scarce, the liver starts burning fat and making ketones. The extra ketones help satisfy the brain’s ravenous energy needs.

Humans have been entering ketosis since prehistoric times. They needed this backup energy system to stay alert and energetic during times of scarcity, which occurred quite frequently back then.

Let’s geek out on some terms now. Through a series of reactions in the liver, you produce three types of ketones:

BHB and acetoacetate are your “energy ketones,” while acetone appears to be a useless byproduct of fat-burning. But acetone isn’t totally useless, since that’s what breath ketone meters measure. More on that later.

When ketones become elevated, you’re said to be in ketosis. There are several different ways to enter ketosis, including:

We’ll talk about exogenous ketones later, but for now let’s focus on nutritional ketosis from eating a Keto diet.

Nutritional ketosis is brought on by carbohydrate restriction and the resulting low insulin levels borne of this practice. Low insulin then signals the breakdown of body fat, which travels to the liver for ketone production.[*] That’s the basic principle behind the Keto diet.

The Benefits of Ketones

What About Exogenous Ketones?

On a Keto diet, the ketones produced inside your body are called endogenous ketones. But when you take supplemental ketones, you’re taking exogenous ketones.

There are two types of exogenous ketones:[*]

Both have been studied for applications including:

But do exogenous ketones—aka, Keto pills—work as advertised for accelerated weight loss? Probably not.

In fact, it's likely the opposite. When you artificially elevate ketone levels, you shut down the breakdown and release of stored body fat.

Your body shuts down ketone production to prevent a high-ketone state called ketoacidosis. In this ketone-saturated state, the body becomes overly acidic—fatally so, if left unchecked.

Most people don’t need to worry about ketoacidosis. They have the proper mechanisms to shut down fat-burning before ketones get too high.

But people with type 1 diabetes (and in some cases, those with type 2 diabetes) don’t. That’s why medical supervision is essential for those with diabetes pursuing a Keto diet, therapeutic fasting, or any combination of the two.

How Do You Measure Ketones?

There are three places to measure ketone levels:

Of the three, blood levels are the gold standard—the most validated and reliable method—for measuring your level of ketosis. The Keto-Mojo meter (which also measures blood glucose) is a great option here.

But convenient breath devices like the BIOSENSE meter are catching up in terms of accuracy. As it happens, breath levels of acetone are nicely correlated with blood levels of BHB.[*]

What about ketones in urine? This cost-effective method isn’t as accurate as blood testing, but it’s good enough for the average Keto dieter. According to one study, the best times to measure urinary ketones are in the morning and after dinner.[*]

What Should Ketone Levels Be?

In terms of blood levels of BHB, nutritional ketosis begins around 0.5 mmol/L and ends around 3.0 mmol/L. Most Keto dieters will want to be within this range. It means you’re burning fat and making ketones.

There isn’t a consensus on this, but from 3.0 mmol/L to about 8.0 mmol/L can be considered therapeutic ketosis. These higher ketone levels can help treat epilepsy and possibly other conditions like Alzheimer’s and cancer[*][*][*]

Finally, ketone levels above 8.0 mmol/L BHB (though as low as 3.0 mmol/L for type 1 diabetics) is ketoacidosis territory.

One Last Note On Ketones

Tracking ketones is a useful way to gauge your progress on Keto. A positive result means you’re probably getting your macros right.

But keep in mind a couple of caveats. First, higher ketones aren’t necessarily better. We still don’t know what optimal levels are, and lower levels (within the range of nutritional ketosis) may indicate better ketone utilization. Instead of floating around in your blood, they’re getting used by your body.

More importantly, in the excitement to track ketones, don’t forget why you went Keto in the first place. It was to lose weight, feel better, think more clearly, or something similar, right?

These are the critical areas to track. If they’re improving—and you’re not using Keto for a specific medical reason—your ketone levels should be an afterthought.