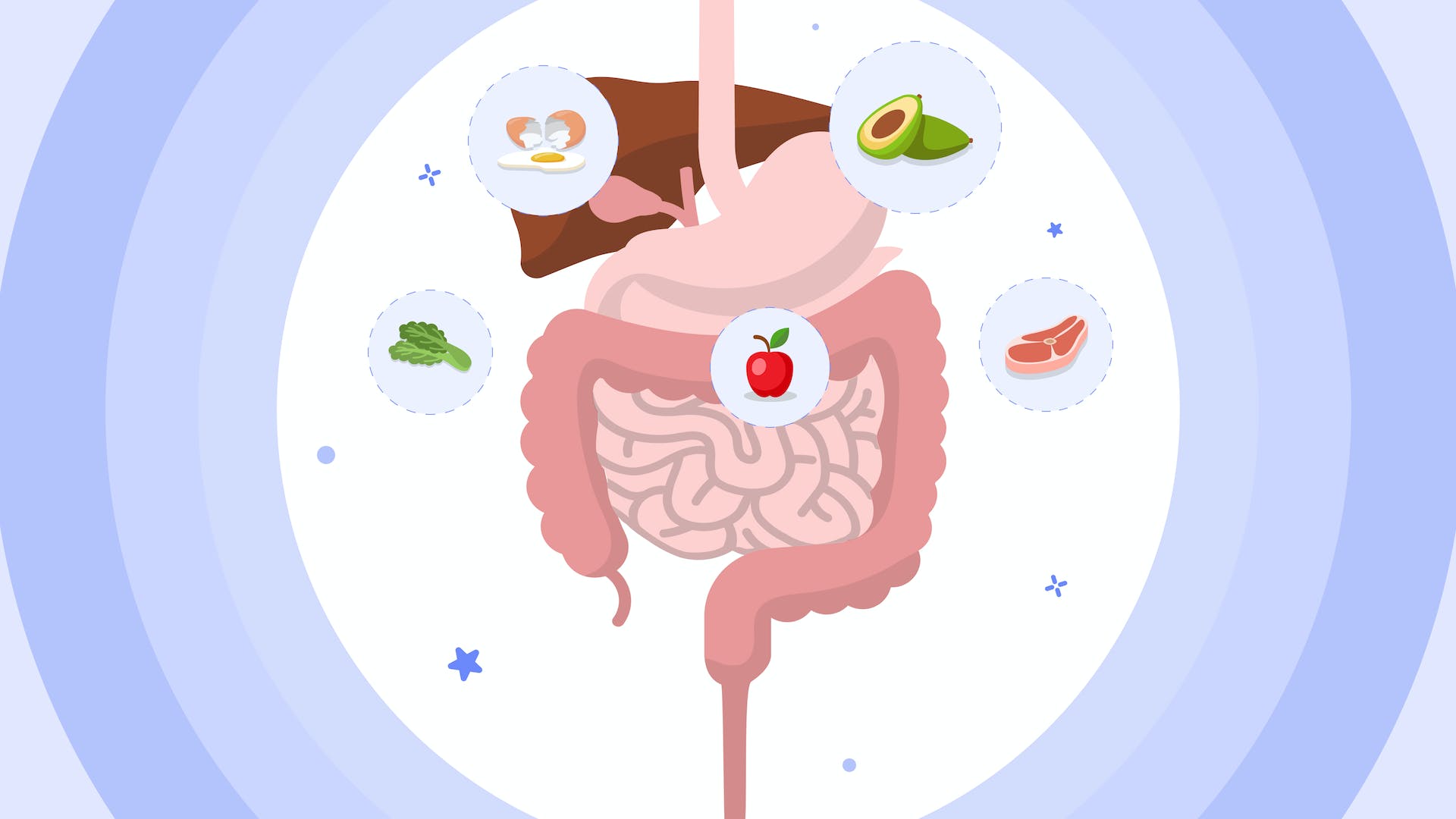 How To Eat for IBS and IBD: Low-Carb and Other Dietary Strategies

How To Eat for IBS and IBD: Low-Carb and Other Dietary Strategies

If you’re dealing with a bowel disorder like IBS or IBD, you’ve probably tried a few diets to remediate your symptoms. And you’ve probably noticed that certain eating patterns lead to less discomfort.

It makes sense. What you put in your mouth ultimately passes through—and interacts with—your stomach, small intestine, and large intestine.

But why do some foods cause more problems than others? And which diets are best for gut health?

To answer, we’ll need to bring in concepts like inflammation, gut bacteria, and food sensitivities. First, though, let’s talk about common gut issues.

“Digestive disorder” is a term like sports. It’s not just one thing.

The most common gut disorders include:

Crohn’s disease and ulcerative colitis are forms of inflammatory bowel disease (IBD), a class of gut disorders affecting about 1.3% of US adults.[*] To diagnose IBD, clinicians look for signs of inflammation (such as lesions) in the GI tract, often using procedures like an endoscopy or colonoscopy.[*]

IBS, on the other hand, is diagnosed using a criteria that’s based on symptoms alone. If you have recurrent stomach pain and irregular bowel habits at least one day per week, there’s a good chance you may qualify.

Many people do qualify. According to recent estimates, some 5-20% of the global population have IBS symptoms.[*] In the US alone, about 3.5 million new cases of IBS are reported each year.[*]

There are many causes of gut inflammation, but the easiest factor to control is diet. Eliminating certain foods can squelch inflammation, allowing the gut the opportunity to try and heal.

The second problem involves the trillions of critters—mostly bacteria and yeast—residing in your gut. This ecosystem is called the gut microbiome, and it’s linked to nearly every facet of human health.[*] A healthy gut microbiome is a strong ally.

Unfortunately, the gut microbiome is easily derailed. Antibiotics, stress, infections, and poor dietary choices disrupt this fragile ecosystem, turning it from friend to foe. An unbalanced gut biome drives inflammation, excess gas, and a variety of symptoms. Unsurprisingly, gut microbiome problems are central to both IBS and IBD.[*][*]

If you have gut issues, eating anti-inflammatory foods can help calm your symptoms and allow the gut to heal. Here are a few pointers to minimize gut inflammation.

#2: Be mindful of food intolerances and sensitivities

Consider keeping a food journal to isolate your problem foods. Pro tip: use the Carb Manager app to simplify and digitize this process.

If you have a gut disorder, it’s best to avoid alcohol entirely. Even small amounts can be harmful and inflammatory.[*]

Why should folks with gut issues consider carb restriction? Here are several reasons.

First, carbs (especially sugar) are the favorite fuel of pathogenic gut bacteria. By limiting carbs, you limit the risk of bacterial overgrowth.

Finally, low-carb diets are automatically low in a highly-inflammatory food group: grains.[*] Eliminate the grains and you may well eliminate the symptoms.

With the previous section in mind, let’s explore five diets that may help to support and restore gut health.

By limiting carbs on Keto (usually 10% or less of daily calories), you deprive harmful bacteria of their favorite foods. In one study, a Keto diet improved symptoms and quality of life in people with diarrhea-predominant IBS.[*]

To eat Paleo, avoid grains, legumes, sugar, dairy, and most packaged foods. By curtailing these inflammatory foods, you give your gut a much-needed rest. Bonus points if you combine Paleo and Keto into one big happy low-carb ancestral diet.

The carnivore diet is a species of Keto diet that entails eating only animal products. Plants are out. Meat is in.

Since carnivore restricts carbs, fiber, and many other foods—it restricts a vast Universe of potential gut irritants. Although published studies are lacking, celebrities like Mikhaela Peterson (and many others) have reported success with an all-meat diet for treating gut disorders.

The Whole30 diet is a more-restrictive form of Paleo that lasts just 30 days. One of the rules is to abstain from alcohol, which is an excellent idea for ameliorating chronic gut issues.

A low-FODMAP diet involves restricting a range of sugars (FODMAPs) easily fermented (read: gas producing) by gut bacteria. (The acronym “FODMAP” stands for fermentable oligosaccharides, disaccharides, monosaccharides, and polyols.) Depending on which study you look at, the research suggests that low-FODMAP diets reduce IBS symptoms for around 50% of people.[*]

Diet is just one component of a gut-healing lifestyle. To keep inflammation low, you should also focus on:

On the last point, look for a “functional medicine” or “integrative” doctor. These clinicians understand the complexities of the digestive system and can help guide you towards better health. Good luck.

Disclaimer: This article contains affiliate links. Carb Manager may earn a commission for qualifying purchases made through these links.