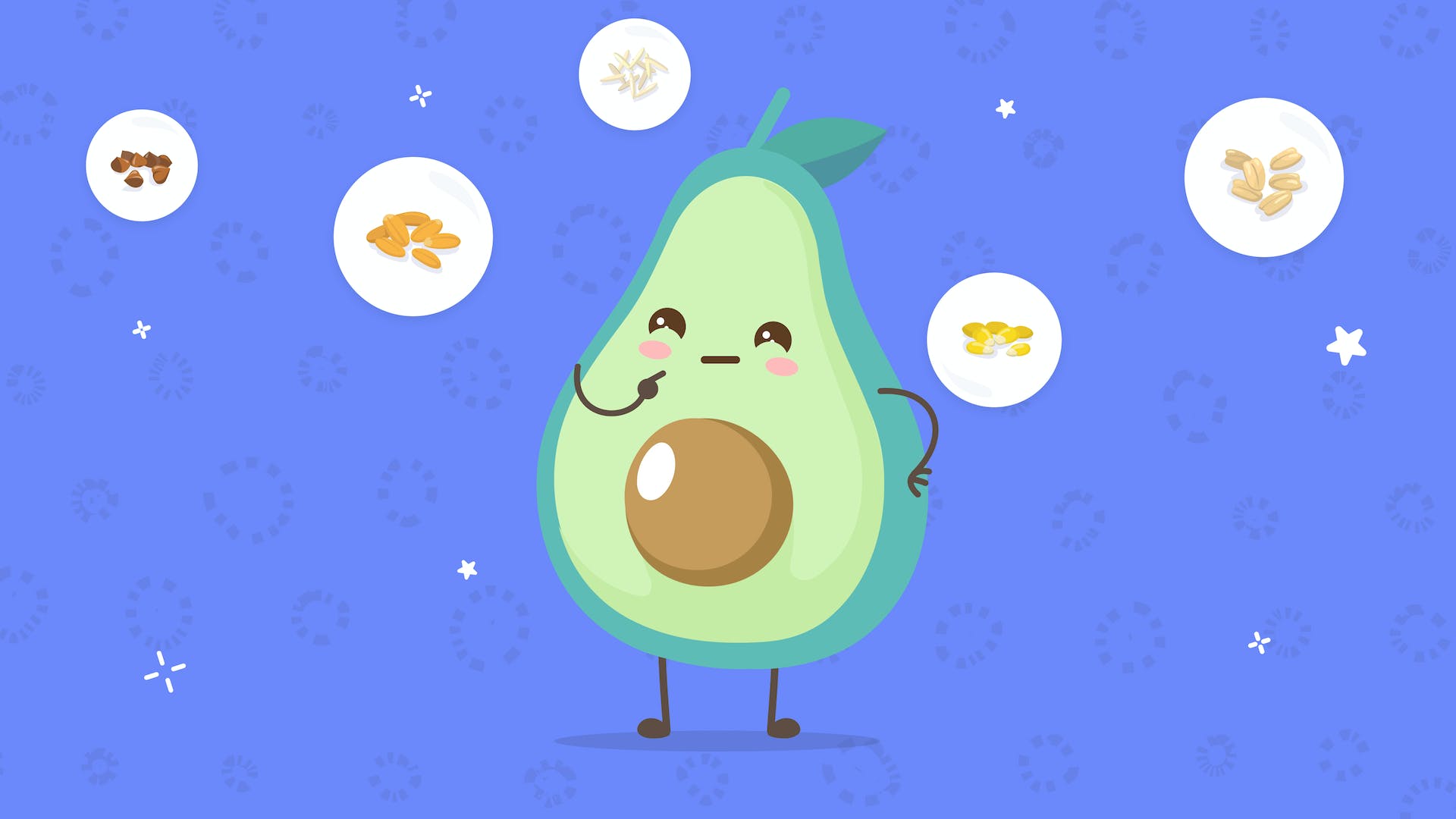 Grains are the center of a great deal of debate when it comes to nutrition.

Foods made from grain are often highly processed and extremely high in carbs, but grains can also be an inexpensive and filling source of fiber and nutrients. The question is — can they ever be part of a healthy Keto or low-carb lifestyle?

Here’s what you need to know about including grains in your low-carb diet.

Grains are tiny seeds cultivated from plants to produce food. They have an extremely long shelf life and, for this reason, are considered staple foods in many diets around the world.

Most grains are classified as cereal grains belonging to the grass family. Some of the most commonly eaten cereal grains include wheat, oats, rice, and corn. However, there are also “pseudocereal” grains from other plant families with similar properties to cereal grains, like amaranth, buckwheat, and quinoa.

Whole grains are made from the entire grain kernel, containing a fiber-rich bran coating, a nutrient-rich germ portion, and an endosperm. When grains are refined — like white flour or white rice — the bran and germ are removed, leaving only the endosperm. This allows the grain to cook more quickly and gives it a softer texture but removes much of the nutrition.[*]

For this reason, many refined grain products are enriched — meaning that some of the vitamins lost during processing are added back to the food.[*]

Some of the benefits of grain foods are that they are inexpensive sources of fiber, nutrients, and quick-acting energy.

Like other plant foods, many whole grains are rich in fiber. Fiber may offer several health benefits, such as improving digestion and helping you to stay fuller for longer.[*]

Fiber is also a prebiotic - a food source for the healthy bacteria in your gut. These bacteria are able to partially digest fiber and produce short-chain fatty acids (SCFAs), which play key roles in digestive health, blood sugar control, immune health, and neurological function.[*][*]

Grains can also be a good source of specific vitamins and minerals, like plant-based iron, B vitamins, and selenium.[*]

The body can run on carbohydrates or fat for energy. On Keto, the goal is for fat to be the body’s primary fuel source. However, when carbs are present, the body defaults to burning them for energy.[*]

For this reason, carb-rich grains can be an excellent source of quick, easily accessible energy for the body. This is why, for instance, you may have heard of runners “carb loading” on pasta before a long run.

Grains aren’t inherently unhealthy, but many grain foods do have some downsides — like their high carb content, gluten content, and widespread use in highly processed foods.

Grains are naturally extremely high in carbs, with very few of them containing less than roughly 30 grams for a ½ cup serving. For people on Keto, this puts most grains firmly on the “no-go” list.

Wheat, barley, and rye also contain gluten, a type of protein that gives bread its structure and stretch. Many people are sensitive to gluten to some degree. With mild gluten sensitivity, eating it may cause stomach upset, but in severe cases — like in people with Celiac disease —gluten triggers an autoimmune response, which can lead to malabsorption and severe intestinal damage.[*]

Grains also contain antinutrient compounds like lectins, phytates, and oxalates. These compounds can inhibit nutrient absorption and may cause additional health problems as well - for instance, high oxalate intake may contribute to kidney stones. Gluten is also widely considered an antinutrient.[*]

One strategy to help reduce antinutrient content is to allow grains to sprout before processing them further. These sprouted grains are generally easier to digest than their unsprouted equivalents.[*]

Unfortunately, part of the bad reputation of grains comes from how prevalent they are in processed foods, like frozen meals, snack cakes, crackers, cookies, and the like. Many processed foods contain corn or wheat in some form.

Can You Include Grains On a Keto or Low Carb Diet?

So, can grains be part of a Keto or low-carb diet? Yes and no.

If you’re doing a strict Keto diet, it’s best to avoid grains. Just a single serving of most grains can meet or exceed your carb allotment for the whole day in many cases.

On the other hand, people on a less strict low-carb diet may have the added flexibility of being able to include some grain foods.

What Are the Best Low Carb Grains?

If you are considering experimenting with grains, these options are some of lowest in carbs:

Yes, popcorn is a grain! It happens to be the one that would be easiest to incorporate into a Keto diet as well. Popcorn is an easy and tasty snack that can be seasoned however you like to add flavor, just try to avoid toppings with added sugar (like caramel or chocolate).

Corn is often considered more of a starchy vegetable than a grain, but it is used much like the other grains on this list. It can be eaten on its own, or ground into flour and used for baking. Corn tortillas are a relatively low-carb choice compared to wheat flour tortillas, as well.

Bulgur is made from cracked wheat berries and is widely used in Mediterranean and Middle Eastern food. It has a chewy texture and a nutty flavor, making it a flavorful alternative to rice and a tasty and textural addition to grain salads.

Oats are a breakfast favorite, but they’re really versatile as well. They can be added to smoothies, used to make overnight oats, added to baking used to make energy bites, or added to savory dishes as an alternative to other grains.

Quinoa, which is pronounced keen-wah, is a pseudocereal that’s gained popularity in recent years thanks to its boosted nutrient profile. Compared to other grains, it’s richer in protein — as well as being a good fiber source.

Spelt is an ancient grain with a long history of use around the world. Like quinoa, it’s rich in protein. It’s a versatile grain that, like many others, can be used as a substitute for rice. However, it does contain gluten.

Barley is another grain with a wide history of use around the world. It’s mild flavored with a very slight sweetness, and it’s common in Asian dishes. In Korea, it’s used to make the popular beverage barley tea. It is also a gluten-containing grain.

Wild rice comes from four wild varieties of rice that grow in shallow water. They are similar to the conventional rice you can get at the grocery store, but with a more earthy taste and chewy texture. And thanks to its varying lengths and colors, it adds visual interest to any meal.

Buckwheat is a pseudocereal that’s actually not related to wheat. It’s commonly used in European and Asian foods, and has a chewy texture and a unique, nutty taste. It can be used as an alternative to rice or oats. Buckwheat is also gluten free, so those with gluten sensitivities can enjoy it as well.

Einkorn, like spelt, is an ancient type of wheat. It may have even been used to bake the very first loaf of wheat bread. Some evidence suggests that Einkorn is easier to digest than conventional wheat, too. However, it does contain gluten.[*][*]

Who Should Avoid Grains?

If you have Celiac disease or gluten sensitivity, you should avoid wheat, rye, triticale and barley. You should also avoid oats unless they are specifically marked gluten-free, because they are often cross-contaminated with gluten. However, other gluten-free grains — like buckwheat and quinoa — are fine.

And if you’re on a strict Keto diet, you should typically avoid these grains in most instances because they are too high in carbs.

Fortunately, there are several grain-free alternatives that are also low in carbs - like cauliflower rice, zucchini noodles, and grain-free bread products made from flours like almond flour and coconut flour.

How to Incorporate Healthy Grains Into Your Diet

Here are some strategies to help you incorporate healthy grains into your diet easily, while still being able to meet your health goals:

Although most grains aren’t a good fit for people who are on Keto, they can absolutely be part of a cyclical Keto diet or a more flexible low-carb eating pattern. In their least processed forms, they represent excellent sources of fiber, nutrients, and fast-acting energy.