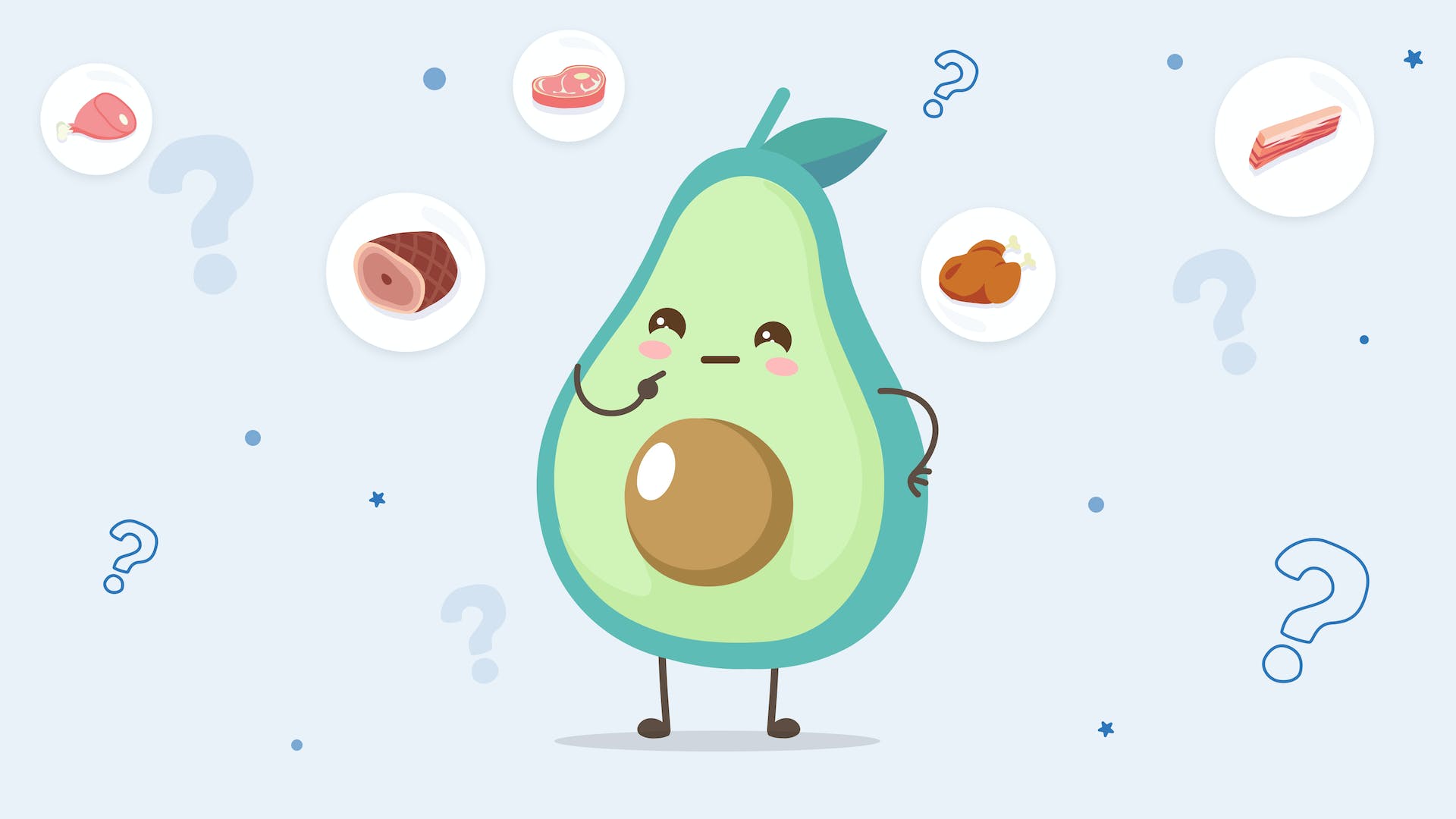 Does Eating Meat Cause Cancer? Just the Facts

Does Eating Meat Cause Cancer? Just the Facts

If you eat meat, or know someone who does, you’ve probably seen some splashy headlines linking meat to cancer.

The headlines usually reference a 2015 report from the International Agency for Research on Cancer (IARC), a branch of the World Health Organization (WHO).[*] The report classified processed meat and red meat as carcinogens of varying danger.

Eating processed meat, for instance, was put in the same cancer-risk bucket as smoking cigarettes. Eating Bacon Is The New Smoking. There’s a headline for you.

But does eating meat cause cancer? Does the data actually support that conclusion? Let’s find out.

Is Everything We Eat Linked To Cancer?

According to the WHO report, processed meats like sausage and bacon are Group 1 carcinogens, or “carcinogenic to humans”. Other carcinogens in Group 1 include cigarette smoke, alcohol, certain viruses, outdoor air pollution, and ultraviolet rays from the sun.

What about red meat and cancer? Fresh red meat was lumped into Group 2A, or “probably carcinogenic” to humans, along with some mechanistic evidence for GI carcinogenicity. There was insufficient experimental evidence in animals or humans to suggest meat is carcinogenic.[*]

Red meat, however, isn’t the only food that’s been linked to cancer. In a provocative study published in the American Journal of Clinical Nutrition, researchers Jonathan Schoenfeld and John Ioannidis found that 40 out of 50 common cookbook ingredients—pepper, lamb, potato, mustard, peas, cheese, etc.—had all been linked to cancer in the scientific literature![*]

Is everything we eat associated with cancer? (That was the title of their study). Mostly yes, it seems.

There are no controlled experiments showing that meat causes cancer in humans, and “inadequate evidence in experimental animals”, according to the WHO working group. Most of the evidence against meat is observational or mechanistic. Let’s review the mechanistic data first.

Mechanistic means that the data hasn’t been verified in an experiment, but warrants further investigation. When meat is cooked or processed, potentially carcinogenic compounds (like n-nitroso compounds and heterocyclic amines) can form. These compounds are suspected to cause problems (including cancer) along the digestive tract.

This mechanistic data is part of the reason the WHO labeled meat a carcinogen, and it shouldn’t be ignored. But it should be understood with some caveats.

Second, these compounds are not necessarily inherent in meat. They form when meat is processed or cooked at high heat (grilled), so changing the preparation to lower-heat cooking methods would limit their formation.

Finally, compounds like heterocyclic amines not only form when you cook meat, but also when you cook fish. And fish consumption was correlated with lower incidence of GI cancers in over 2 million participants across the globe.[*]

Of course, this doesn’t prove that fish prevents cancer any more than the observational data prove meat causes it. These studies are usually the subjects of the “meat causes cancer” headlines, so let’s take a closer look at them.

Observational research—also known as epidemiology—tracks populations over time, looking for correlations (or links) among behaviors and health outcomes.

The problem with observational studies? They only show a correlation between two variables. They don’t prove that one variable causes the other.

For example, there’s a positive correlation between height and reading ability across the human population. The taller someone is, the better they tend to read. Does this mean that being tall makes you an expert reader?

Highly unlikely. This correlation exists because babies (who happen to be short) aren’t so good at reading books. The little ones skew the data, creating the correlation.

Let’s return to meat. Are there other explanations why meat-eaters might have a higher cancer risk?

And when they do, the case against meat loses steam. According to a 2016 analysis in JAMA, higher animal protein consumption was only linked to higher death risk and higher risk of cardiovascular disease in the presence of an unhealthy lifestyle factor like smoking, heavy alcohol intake, or physical inactivity. [*] Without any of these factors, the correlation disappeared.

In another paper, researchers found that the more red and processed meat someone ate, the less fruit they ate too.[*] That complicates things, doesn’t it?

The point is, it’s not clear that meat drives cancer risk. It could be something else, like an unhealthy lifestyle.

Think of someone chomping on an oil-soaked burger, watching football on the couch, a fresh six-pack, and a smoldering cigarette on the coffee table. Is beef to blame for the resulting health consequences?

A controversial paper was published in the journal Cell Metabolism in 2014.[*] The researchers found that higher intakes of animal protein (aka, meat) were linked to higher rates of cancer in those between the ages of 50 and 65.

Predictably, the media jumped all over it, painting it as another “meat causes cancer” study.

But what the headlines failed to mention is that, in those over 65, higher protein intakes were linked to lower rates of cancer. Including that nuance would have spoiled the click-bait.

Nonetheless, the protein - cancer link is worth exploring. For example, experimental evidence in mice suggests that low-protein diets curb the growth of existing liver cancer.[*]

What might be going on here? Well, eating protein stimulates a hormone called insulin-like growth factor 1 (IGF-1), and IGF-1 promotes cell growth, including cancer cell growth. In humans, lower circulating levels of IGF-1 have been linked to increased longevity and decreased cancer risk.[*],[*]

But don’t hate IGF-1. IGF-1 is crucial for maintaining immune function, muscle mass, and cognitive health as we age. So while higher levels of IGF-1 may be pro-cancer, they also appear to be pro-brain and pro-muscular health.[*]

Back to the Cell Metabolism paper. The crucial question is: If eating meat increases cancer risk in humans, why didn’t it show up in those over 65 years old? Is it because low-protein diets are inimical to healthy aging? Or is it because other variables—diet, lifestyle, exercise, etc.—confound the data? Probably a bit of both.

A 2011 meta analysis of observational data foundsuggest that for every 50 grams of processed meat consumed per day (about 5 pieces of bacon), the relative risk of colorectal cancer goes up by 18%.[*]

Relative risk, however, is different from absolute risk. An example will help illustrate.

According to a recent estimate, the absolute risk (real risk) of contracting colorectal cancer for a 50 year old man who’s had a colonoscopy in the prior 10 years is 1.2 - 4.8% over the next 30 years.[*] Where a man falls in this risk range depends on genetic and lifestyle factors.

To make things simple, let’s take the middle value of 3% and do the math. An 18% relative increase on 3% equates to an absolute increase of...about 0.5%. Not trivial, but not massive either.

News stories leave this part out. They just say your cancer risk goes up by 18% with every few sausages.

Does Meat Cause Cancer?

The truth is, we don’t know. Some observational data ties meat consumption to colorectal cancer risk, but this link could be driven by smoking, sedentary behavior, alcoholism, or some other factor more prevalent in the meat-eating population.

A final paper—last one for today, promise!—looked at meat-eating and cancer in Asian countries.[*] (The WHO report focused mostly on Western countries).

“Most studies in Asia,” the researchers report, “showed that processed meat consumption is not related to the onset of cancer”.

At the very least, this suggests that meat isn’t the critical variable driving cancer risk. If it were, you’d probably see it across all populations, not just Western ones.

In the end, of course, your eating habits are up to you. Hopefully what you learned here helps you make more informed choices.