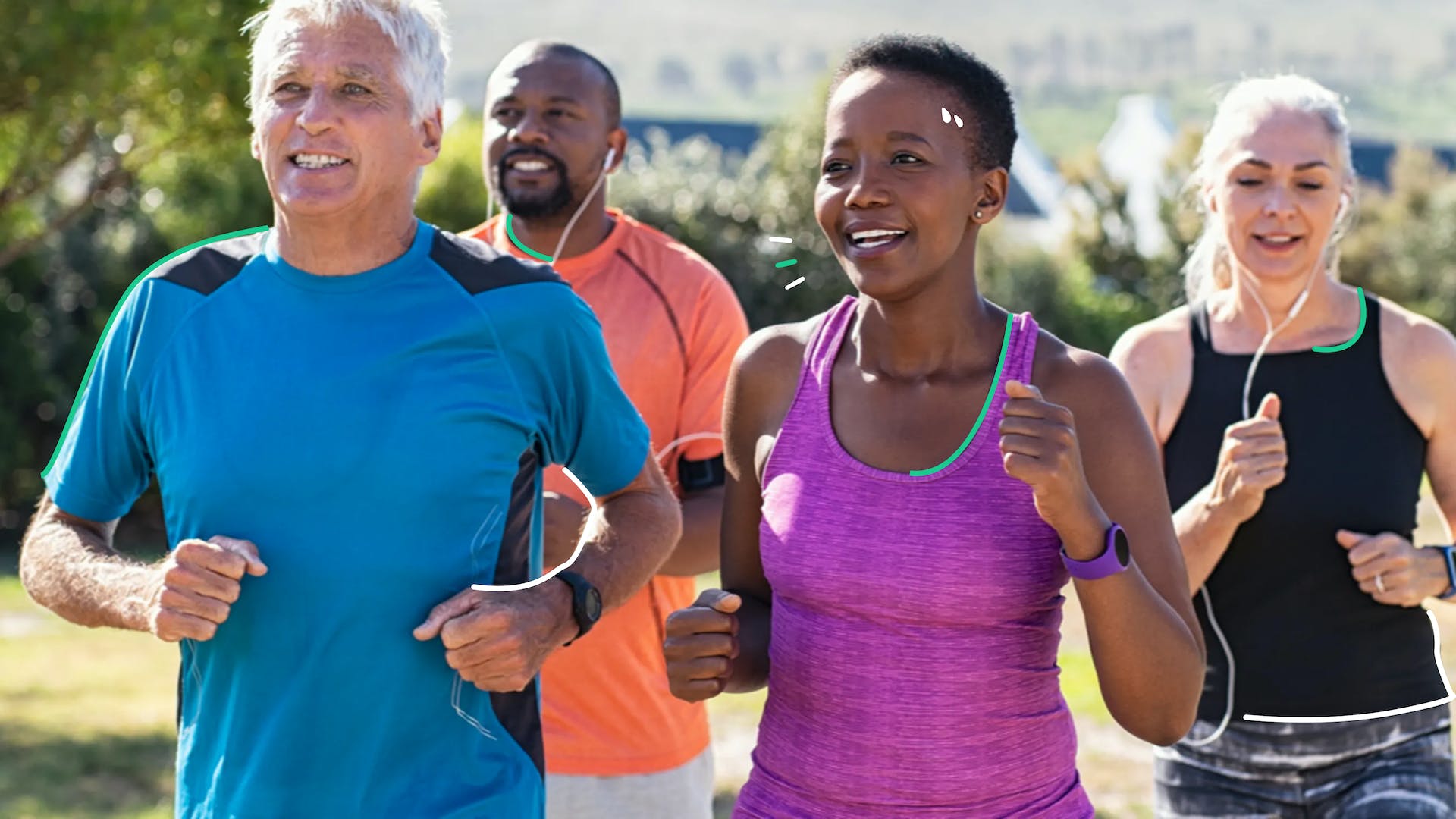 This isn’t the first time these questions have been asked. In fact, a researcher named Stephen Phinney asked them in the early 1980s, around the time the Empire Strikes Back (the second Star Wars film) was released.

We’ll talk about his experiments shortly, because the results are useful to Keto dieters interested in fitness. But before that, we’ll cover the underlying adaptation provoked when switching to using fat for fuel on Keto.

So whether you’re a cyclist, jogger, swimmer, hiker, soccer player, or weekend warrior of any kind—you’ll find something useful in this final installment of our Keto exercise series.

What Is Endurance Exercise?

This is measured as VO2 max, your maximal oxygen consumption during hard exercise. The higher your VO2 max, the more aerobically fit you’re considered.

By now you might be wondering how the Ketogenic diet affects VO2 max. The short answer is: Probably not much.

VO2 max, however, isn’t the only measure that matters for endurance training. It doesn’t tell you about actual performance or fat burning, for instance.

We’ll get there soon.

How You Fuel Endurance Exercise

To power muscle contraction during exercise, you need energy. This energy takes the form of a molecule called adenosine triphosphate, or ATP.

ATP is usable energy. To make ATP, your body (primarily) uses either:

The main determinant for which fuel gets used? The availability of carbs.

When carbs are available, your body preferentially uses carbs (glucose) to make ATP. When they’re not, you shift to using fat for energy.

Since carbs are scarce on the Keto diet, it triggers a shift to fat for fuel. This not only gets you burning more fat, it also unlocks a massive fuel reserve that was previously inaccessible.

The name for this process? Keto-adapting.

Keto-adapting, also known as fat-adapting, refers to the shift from carbs to fat as a primary energy source. Based on the available evidence, Keto-adapting may take anywhere from 2 to 8 weeks, depending on your metabolism.[*]

Let’s talk about how endurance exercise is usually fueled. If you’re familiar with ultra-endurance efforts—marathons, long swims, Ironman, etc.—you know that, during these efforts, the athletes require continuous carb refueling.

Why? Because your body can only store a limited amount of carbs—about 500 grams as glycogen in muscle and liver cells. That’s only 2000 calories of energy.

Obviously, 2000 calories won’t get you through a marathon. That’s why ultra-endurance athletes drink that sugary goo. They need the extra energy.

But if the athlete is Keto-adapted, she can access a more abundant energy source: Body fat. Body fat contains about 20X the calories as glycogen, even in a lean person.[*]

To recap: The carb tank holds 2,000 calories, while the fat tank holds closer to 40,000. Being able to access the fat tank, it seems, lends a significant advantage.

But does this advantage translate to the real-world of endurance sports?

In 1980, world renowned Keto researcher Stephen Phinney ran an interesting experiment.[*] He tested the endurance of 6 obese people (on a treadmill) under two different conditions:

The results weren’t subtle. After six weeks of Keto-adapting, the participants could stay on the treadmill nearly twice as long before becoming exhausted!

Phinney followed this study with another in 1983, this time on cyclists. He found that, after four weeks of fat-adapting, the cyclists’ burned significantly more fat without any impairments in VO2 max.[*]

Since then, more evidence has emerged suggesting Keto is compatible with endurance training:

Based on these studies, the main benefits of Keto-adaptation are increased fat burning and increased time to fatigue. This makes sense. The fat fuel tank is much bigger, so you can exert yourself for longer when Keto-fueled.

What about other markers of performance? The jury’s still out. For instance, one study on elite race walkers found that, although the walkers burned more fat on a low-carb diet, they required more oxygen to fuel the same amount of exercise—not a positive sign.[*]

Recovering from Exercise on Keto

Can you recover from exercise without carbing up? To answer, let’s examine two markers of recovery: lactate and glycogen.

During exercise, you form a compound called lactate (or lactic acid) as an alternate fuel source. After exercise, the extra lactate is cleared by the liver.

Harder and longer efforts, however, cause lactate to accumulate faster than it can be cleared. And the more lactate that accumulates, the more recovery is impaired.

Where does Keto come in? In one 2014 study, one month of Keto dieting raised the lactate threshold in cyclists.[*] In other words, they could clear lactate more efficiently at higher intensities.

In another study, endurance athletes in ketosis had lower lactate concentrations after exercise than carb-fed athletes. This suggests better recovery.[*]

Keto-adapting doesn’t mean you use zero carbs for energy. Harder, longer exercise always demands some glucose. But in the Keto-adapted athlete, the balance shifts away from carbs and towards fat.

That’s where glycogen comes in. Glycogen, if you recall, is your body’s carb storage tank. The more glycogen is depleted during exercise, the more fatigue sets in.

By reducing the need for glucose, Keto may reduce the need for glycogen. This would allow the Keto-adapted athlete to preserve his carb tank and ward off fatigue.[*]

Given sufficient Keto-adaptation time, fat can fuel endurance exercise just as well as a carbohydrate-fueled diet. Multiple studies show improvements in fat burning and time to exhaustion after folks adapt to Keto.

This doesn’t mean, however, that Keto enhances all aspects of endurance performance. Depending on what metric you look at, it might not.

To train for endurance on Keto, allow 4-6 weeks to Keto-adapt on a low-carb diet. This trains your body to burn more fat—and require fewer carbs—during exercise.

Finally, listen to your body. Not everyone feels their best when training on Keto, and you may want to bring back carbs. For specific strategies on carb cycling, exercise logging, and more, check out Carb Manager’s guide to exercise on Keto, as well as our deep dive on the Cyclical Ketogenic Diet. Thanks for reading, and happy training.