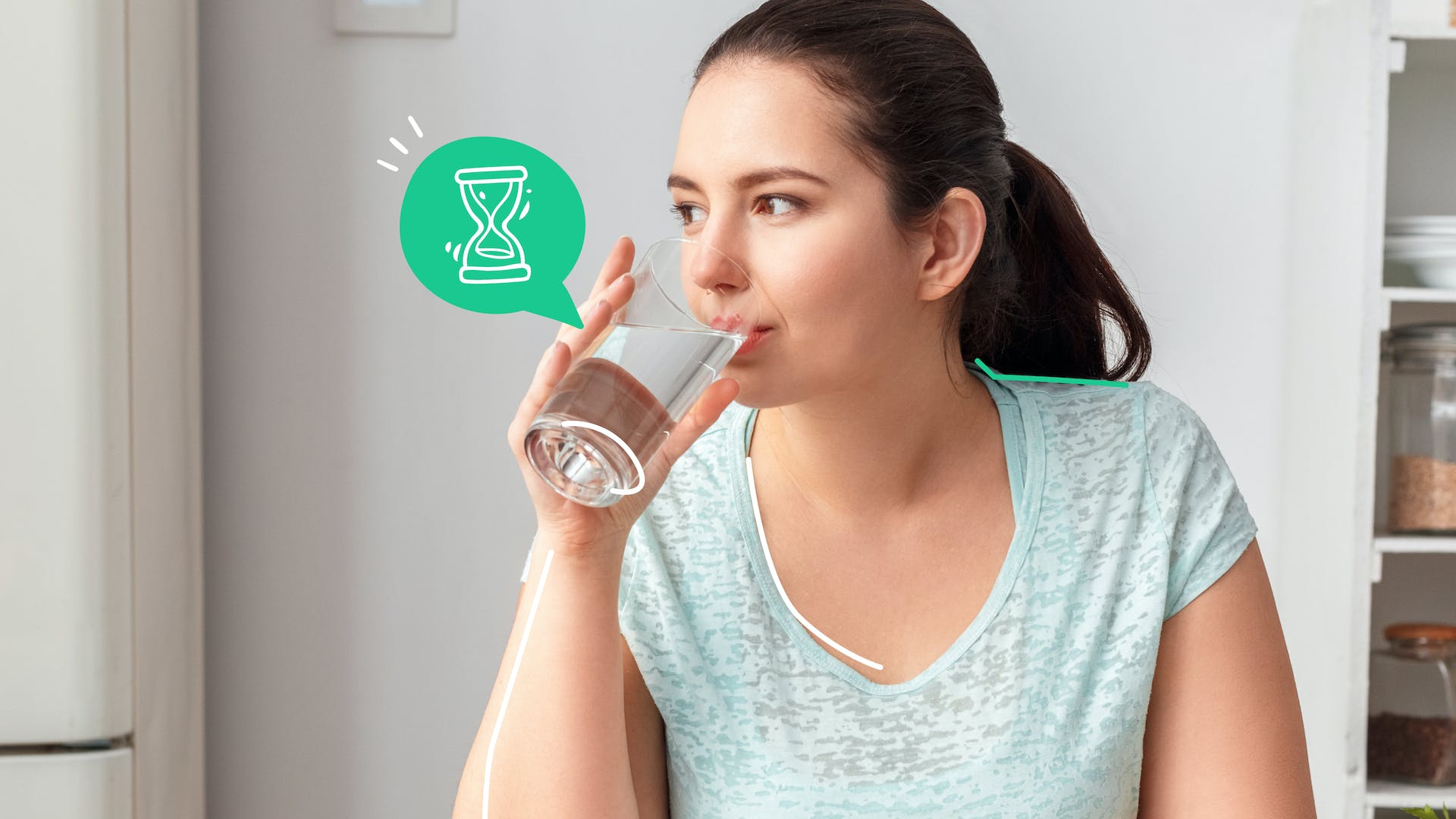 What is the Snake Diet?

The Snake Diet is a controversial dietary regime characterized by extended periods of fasting (24-96 hours) and severe calorie restriction. Think the ever-popular intermittent fasting (IF), but taken to the extreme.

The idea that eating like a snake could be the secret to lasting weight loss and wellbeing stems from Cole Robinson, a self-proclaimed fasting expert. Although he promotes fasting extensively on his website and YouTube channel, he does not appear to hold any discernible credentials in the fields of health or nutrition.

Bold claims that the eating regime can cure significant ailments such as cancer, diabetes and chronic inflammation have been a major source of controversy surrounding the diet.

In this article, we’ll take a close look at what the Snake Diet is, the proposed mechanisms behind it, and some of the potential benefits and dangers.

The initial phase of the Snake Diet includes an extended fast aimed at inducing metabolic Ketosis. This is where body makes the switch from primarily burning carbohydrates for fuel, to using fat & ketones [*] (which can also be achieved by following a high-fat, Ketogenic diet).

The author recommends that your first fast should be a minimum of 48 hours, drinking an apple cider vinegar drink and Snake Juice. You are then permitted to eat for 1-2 hours, consuming high-fat, low-carb foods, before embarking on a longer 72 hour fast.

As well as kick-starting weight loss, the proposed goal here is to detoxify the liver. It's unclear, however, which toxins are being targeted, or indeed whether this is necessary or safe for most people to do. The National Institute for Health states:

The next phase of the Snake Diet requires you to cycle through longer fasts of 48–96 hours, interspersed with single meals. Controversially, the author encourages you to fast until you can’t tolerate it any longer - “until you feel like death” - or until you meet your desired weight.

After reaching your desired outcome or weight loss goal from the Snake Diet, you are then advised to enter a maintenance phase, which consists of 24-48 hour fasts broken up by single meals. There is some crossover here with the One Meal a Day OMAD approach to intermittent fasting.

Snake Juice is designed to provide the body with electrolytes that may be depleted during fasting. It consists of:

They recommend consuming 3-4 packs a day, which would take your potassium intake up to 5200 mg, and sodium intake to 4180 mg.

This is significantly higher than the RDA of potassium at 4700 mg/day and sodium at 2300 mg/day. This may be problematic for some, as high sodium intake in particular is linked with high blood pressure and adverse effects on cardiovascular health [*].

Aside from sodium overload, the use of any electrolytes during fasting is a controversial topic:

At True North, a popular fasting clinic based in California that has overseen more than twenty thousand water fasts, doctors monitor their patient’s electrolyte levels, but they are strongly against using electrolyte supplements during a fast.

Dr Alan Goldhammer, head physician, proposes that supplementing with electrolytes such as potassium may cover up other important biomarkers and lead to detrimental impacts on a patient’s health, including potentially increasing the risk of heart attack during a fast [*].

Snake Diet or Snake Oil: Are There Benefits to the Snake Diet?

The author states that the Snake Diet can treat various health conditions including type 2 diabetes, chronic inflammation, cancers and herpes. Unfortunately, these claims are unsubstantiated.

It’s true that weight loss is associated with a reduced risk of type 2 diabetes [*], but that’s not sufficient to claim the diet itself is a cure. Similarly, studies suggest some potential benefits of short-term calorie restriction, including reduced blood pressure and cholesterol [*].

There are also numerous potential benefits to certain fasting protocols and being in Ketosis:

Keto is linked with increased satiety [*] and more stable blood sugar levels [*]. We also know that fasting can make it easier to get into a Ketogenic state [*], and may lead to a decrease in waist circumference without having to restrict calories below maintenance [*].

Fasting has been shown to increase lifespan in rodents and promote positive physiological processes that may improve lifespan and healthspan in humans [*].

All things considered, this still doesn't mean that calorie restriction, ketosis, and fasting are safe for everyone, or that they should be combined together for a prolonged time period (as seen in the Snake Diet).

We know IF and Keto can potentially complement each other nicely, but not when taken to such extremes. Furthermore, we still need more research into the safety and efficacy of long-term fasts, and they should only ever be performed under medical guidance and supervision.

The author states that those beginning the Snake Diet should consume around 3,500 weekly calories. This is significantly less than the USDA recommendations of 21,000 calories for men and 16,800 calories for women per week [*].

Restricting calories this low and cutting your eating window makes it difficult to consume a variety of food. As well as potentially leading to nutrient deficiencies, the more restrictive a diet is, in general, the less sustainable it is long-term.

In various videos on the Snake Diet YouTube channel, those looking to lose weight are encouraged to ‘fast until they feel starvation’. We know that this can potentially lead to rapid weight loss - 0.9 kg per day during the first week, slowing to 0.3 kg per day by the third week [*] - but faster isn't necessarily better.

A safe weekly weight loss rate is between 0.5 to 1 kg [*]. Beyond this, you can run into a whole host of problems, one of which is a decrease in metabolism.

As you reduce the amount of food you eat, your body adapts by slowing your metabolic rate, making it harder and harder to lose or maintain your new weight. Scientists believe this may be one of the main reasons why more than 80% of people regain their weight after going on restrictive diets [*].

Reducing your food intake over a long time period doesn't just mean fewer calories. It also means you consume fewer vitamins and minerals, which can result in electrolyte and nutrient deficiencies [*].

Granted, the Snake Diet does include electrolytes through the Snake Juice recipe, which may or may not be beneficial. Regardless, nutrient deficiencies could still become a real issue, as your body needs 30 or more micronutrients to function optimally.

Studies show that fertility reduced in women who eat just 22–42% calories less than needed to maintain their weight [*].

This isn’t just bad news if you're looking to conceive. Severe calorie restriction can reduce estrogen levels, which can impact heart function and bone density [*].

The author of the Snake Diet is known for his abrasive manner in videos. He frequently makes controversial and potentially harmful statements about people who are overweight or obese, stating that ‘fat people don’t need to eat’, and often referring to potential followers of the diet as ‘fat pigs’.

Dieters are also told to ignore hunger cues and fast until they ‘feel like death’. Suggesting that people need to starve their body to lose weight and improve their health is a gross oversimplification and could be extremely damaging to one’s mental and physical wellbeing.

This blanket approach negates the complex psycho-social-environmental factors that can impact our body composition and wellbeing, like stress [*], sleep quality [*], vitamin [*] & mineral status [*], and more.

The Bottom Line: Are There Healthier Ways to Achieve Your Weight Loss Goals?

It’s true that the Snake Diet can cause rapid weight loss, and there are elements of the diet that in isolation may be effective. However, we do not know enough about the long-term ramifications of such an extreme approach.

Because the Snake Diet does little to address eating habits or food quality outside of fasted windows, it’s unlikely to lead to long-term success.

The good news is that there are easier, safer, well-established strategies to go about losing body fat and supporting your health:

You don't have to do all of the above, but there are plenty of steps to explore before resorting to such severe measures.