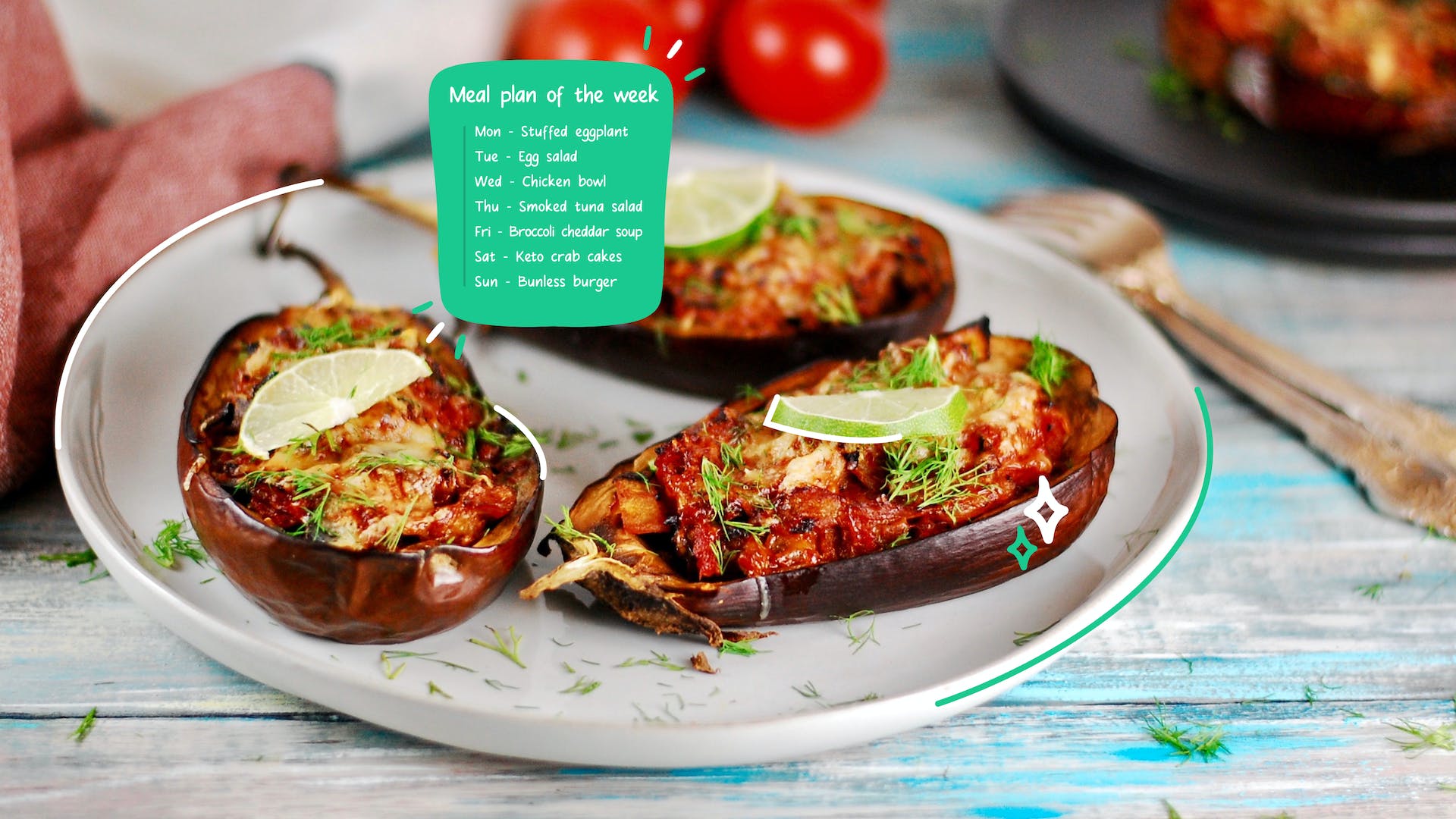 The new year is the perfect time to start eating healthier. With so many people committing to positive change, you automatically benefit from the wave of social support.

But let’s address the elephant in the room right away: Most New Year’s resolutions fail.

Why? Because changing long-standing eating habits is hard. If it were easy, New Year’s diets wouldn’t be a thing. Everyone would be eating perfectly already.

Improving your eating habits requires planning, a working knowledge of psychology, and a commitment to self improvement. It sounds like a pain, but here’s the good news: Since you’re reading this article, you’re the kind of person who has the right stuff to succeed.

A habit is an automatic behavior. It’s brushing your teeth, biting your nails, or mindlessly eating a cookie as you check email. These habits, when performed, don’t typically enter conscious awareness.

Since between a third and a half of our behavior is habitual, good habits have the power to shape massive positive change[*]. It may seem like good luck, but it’s really the cumulative effect of daily repetitions. Combined, these small wins make you more likely to win overall.

Think of habits as part of your identity. If you change who you are—or at least how you see yourself—then your desired actions will flow spontaneously. I’m borrowing this construct from James Clear, author of the bestselling book, Atomic Habits.

When you identify as a “healthy eater,” it doesn’t take willpower to avoid sugar, fried foods, and empty carbs. It just happens naturally.

Picture two groups of rats. One group—the habit rats—has been overtrained to push a lever to obtain a sugary treat.

The scientists then remove the reward. What happens next?

This study illustrates the difference between habitual and goal-directed activity[*]. Habits are so ingrained that they continue even once the reward has been removed. Goals are more temporary.

Most people approach New Year’s resolutions as a goal-setting activity, ignoring the importance of habits. It doesn’t work out so well.

The Mechanics of Habits

Every habit follows a predictable pattern called a habit loop. This framework was popularized by Charles Duhigg, author of The Power of Habit.

There are three components to the habit loop:

Let’s say you’re in the habit of eating a bowl of ice cream every day after dinner. That’s the routine: Filling the bowl with ice cream and spooning it into your mouth.

The next step is to identify the cue, and this requires some quiet reflection. In this case, the cue probably isn’t a calorie deficit. You just ate dinner, after all.

More likely, the stimulus for ice cream is contextual. You’re conditioned to want ice cream after dinner, so you feel a psychological tractor beam pulling you to the freezer.

What’s the reward? The short-term satisfaction of your ice cream craving. Long term, however, a daily ice cream habit isn’t so satisfying.

Long term rewards come from short term sacrifices. But when your habits shift, it won’t feel like a sacrifice anymore.

Here’s a list of tactics to help you establish better eating habits for the long term.

To form new habits (and break old ones), you need to have a plan. Putting something on paper takes intentions out of your imagination and into the real world.

The more detail you include, the better. For example, a study published in the British Journal of Health Psychology found that people who wrote down where, when, and how they would exercise were two to three times more likely to exercise than controls[*].

If you want to eat healthier, plan your meals in advance. Do this on paper, or take it to the cloud with the Carb Manager app. You’ll be surprised how quickly your diet improves.

Once you identify the trigger for a behavior, you can shape your environment to minimize or maximize that trigger. Keeping snacks sealed and out of sight is an example of minimizing a bad habit cue.

To make good habits more likely, make their triggers more visible. Lay out your workout clothes on the bed, stock the fridge with healthy foods, and keep a Keto cookbook on the counter.

Think of your environment as a programmable user interface. Program it correctly to create a formidable ally in your quest for better health.

“Make it easy” is another tactic borrowed from Atomic Habits. It basically means starting with small behavior changes. Down the road, these smaller changes snowball into more significant changes.

If you want to start intermittent fasting, don’t set your sights on a 36 hour fast. Instead, begin with something easy—a 12 hour overnight fast—and work your way up from there.

If you want to go Keto in the New Year, start small by downloading a macro tracker, or by educating yourself about the Keto lifestyle. It’s easy, but this important first step will set you up for later success.

#4: Find other ways to satisfy your cravings

All habitual behaviors, including eating behaviors, exist to solve a craving. Maybe it’s hunger, distraction from stress, pain relief, or something else. The satisfaction of that craving is the reward for that habit.

To break a bad habit, you must find an alternate way to satisfy your craving. In the case of hunger, it’s fairly simple. Instead of eating a donut, you eat a hard-boiled egg. But if the donut is satisfying another craving—for carbs, comfort, or stress relief—you’ll need another strategy.

For example, you might find that walking around the block dissipates your stress, thus solving the donut craving. It takes mindfulness to notice a subtle trigger like stress, and it takes discipline to satisfy that trigger with a wholesome activity. But with some effort, you can do it.

If you want to train your dog, get the dog treats ready. The treats positively reinforce the desired behavior (i.e., not leaping on your anxious neighbor) until it becomes decoupled from the reward.

You can do the same to build better habits. Human Scooby Snacks for good behavior include:

The more you positively reinforce a behavior, the more likely that behavior will stick.

Consider outsourcing this reinforcement. Asking a loved one for praise every time you eat healthy is impractical (and kind of weird), but there’s nothing weird about using technology to help you stick to a new diet.

Most people think of Carb Manager as a macro tracker, but it’s also a tool for installing better habits.

For example, use the Carb Manager Challenge for positive reinforcement, earning points and badges as you hit your daily goals.You can join Groups to receive support from others who understand and share your journey. Finally, you can explore our database of healthy Keto recipes to “reward” yourself in a macro-friendly way.

Carb Manager is designed to make changing your habits as easy as possible. Are you making the most of it?

Still here? Check out our companion piece on how to cultivate a success mindset for your weight-loss goals.