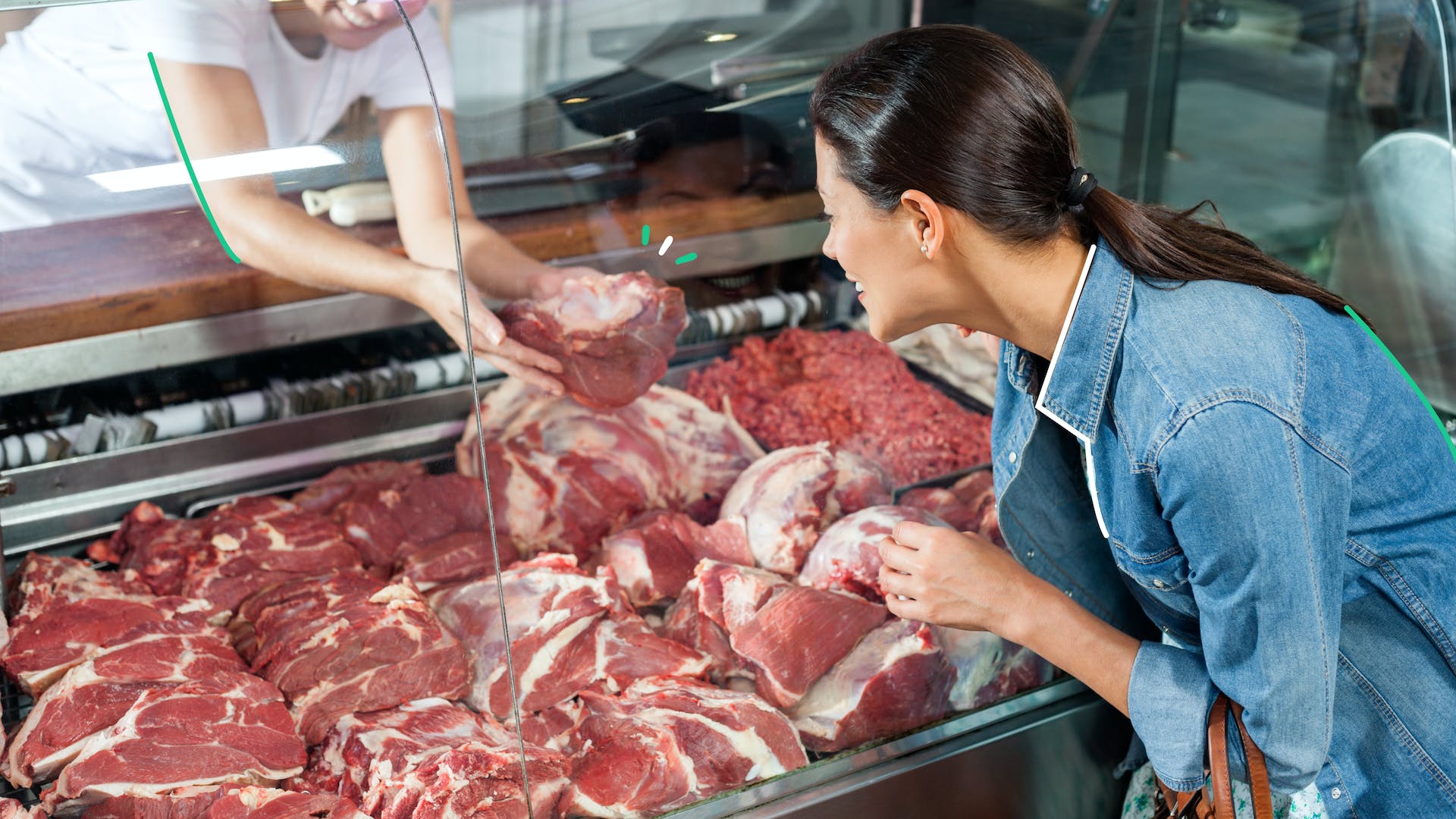 Carnivore Diet for Women: What You Need to Know

Carnivore Diet for Women: What You Need to Know

If Keto hasn’t gotten you quite where you want to be with regards to your health goals, you may be intrigued by the Carnivore Diet.

It’s exactly what it sounds like — an all-meat, totally carb-free diet. Like Keto, it promotes ketosis — the state where your body burns fat instead of carbs.

However, the diet can be a serious challenge, and there’s not much research on it yet. What’s more, we know even less about how it affects women.

Still, we’ve reviewed the available research and anecdotal reports to pull together what we know — so far — about the Carnivore Diet for women.

What Is the Carnivore Diet?

The Carnivore Diet is an all-meat diet. It’s considered a type of Keto diet because it is ketogenic, but it’s much more restrictive.

However, Carnivore has been growing in popularity recently because many people have reported remarkable health improvements after switching to this way of eating.

What Are the Potential Benefits?

There are several potential benefits to Carnivore for women and men, although most of what we know about these possible effects comes from anecdotal reports rather than scientific research.

Some of the most commonly reported issues that people say Carnivore helps them with include:

Additionally, research has shown that a well-planned Carnivore diet can provide all essential nutrients. In fact, some research suggests that people can thrive on Carnivore because it’s part of our genetics. During periods of freeze or famine, Carnivore diets and fasting likely allowed humans to survive.[*][*]

What Can I Eat?

On Carnivore, your options are pretty limited — but they are all delicious.

The bulk of your diet will consist of beef, pork, fish, chicken, and eggs. You should eat the skin and fat to ensure you’re getting plenty of healthy fats. You can also include butter, tallow, ghee and bacon grease.

It’s also important to include organ meats and bone broth for nutrients (and some variety). Many people on Carnivore also include small amounts of low-sugar, full-fat dairy products, like heavy cream or hard cheeses such as Parmesan.

Everything should also be salted generously, and you should drink plenty of water.

Are There Different Considerations for Women?

We need to consider all of the different life stages that we as women go through, as well as the natural ebb and flow of our hormones on a monthly basis.

Now, let’s talk about how Carnivore may affect different issues and life stages for women. But first, we want to stress once more that there is very little research on these topics. Most of what we discuss below is based on anecdotal reports.

If you experience any concerning changes to your health status or monthly cycle after starting Carnivore, it’s important to reach out to your healthcare provider.

Carnivore can have a number of effects on the menstrual cycle.

First, any drastic change to your diet or activity levels may affect the timing of your period. It could arrive early or late.

You may also notice that you have a very long period when you start Carnivore. This is something that many other women have dealt with when transitioning to a ketogenic diet too.

Although there’s little research to explain why this happens, it may be related to the estrogen that is released from fat cells as they are burned.[*]

However, there are also several reports online that following a Carnivore diet helped greatly with premenstrual syndrome (PMS) symptoms and bloating during menstruation.

Carnivore is regularly used by both men and women for thyroid health.

Again, there is a lack of research on the topic, but studies have shown that similar elimination diets such as the Autoimmune Protocol and Keto may be helpful for thyroid health — including for autoimmune Hashimoto’s thyroiditis.[*][*]

Additionally, many women have reported that a Carnivore diet helped to heal their thyroid issues.

Carnivore can be a great tool for women who need to lose weight.

Although women tend to lose weight more slowly than men (lucky us!), ketogenic diets like Keto and Carnivore may provide many of the same benefits to women, including[*]:

During menopause, estrogen levels drop significantly, culminating in the loss of your period once menopause is over. However, until it’s over, you’ll continue to experience fluctuations in your hormone levels — accompanied by some not-so-pleasant menopause symptoms, like hot flashes, insomnia, dry skin, and mood changes.[*]

However, many women report that Carnivore helps them manage their menopause symptoms.

Although there’s no research on Carnivore for pregnant or nursing women, we can look to anecdotal reports for some clues.

In my personal experience, and from what I’ve heard from others, staying Keto (much less Carnivore) is very difficult during pregnancy and nursing. Some women can do it, but they appear to be the exception, not the norm.

Personally, I was so averse to meat early in my pregnancies that there isn’t a chance I could have eaten Carnivore. Meat aversion is very common in early pregnancy.[*]

Also, many women report that it was difficult to eat enough food while on Keto or Carnivore to maintain an adequate milk supply. Breastfeeding women on Keto who aren’t eating or drinking enough are also at risk of developing a rare condition called lactation ketoacidosis, which is characterized by nausea, vomiting, trouble breathing, abdominal pain, and headaches.[*]

Instead, Paleo, which is more flexible and allows for a higher carb intake, may be a better fit for pregnancy and breastfeeding.

If you are perimenopausal, menopausal, or postmenopausal, Carnivore may help you to optimize your health throughout your hormonal changes.

As women age, shifting hormones, changes in appetite and exercise patterns, and the aging process itself may lead to increased body fat storage and loss of muscle and bone mass.[*][*]

Polycystic ovarian syndrome (PCOS) is a problem that affects many women. Its side effects include excessive hair growth, weight gain, and painful and irregular periods.

Insulin resistance is thought to be a major contributor to the development of PCOS.

As with a ketogenic diet, Carnivore can help to both reduce insulin levels and increase insulin sensitivity — allowing the body to become more responsive to insulin and less insulin resistant.[*][*]

Many women report that they’ve found great success managing their PCOS with a Carnivore diet.

Dr. Robert Kiltz, of CNY Fertility, is a reproductive endocrinologist who recommends a specialized type of Keto/Carnivore diet for his female patients trying to improve their fertility.

Although there have been no published studies on the B.E.B.B.I. Diet, many of Dr. Kiltz’s patients report that the diet played a key role in improving their fertility.

Who Should Try Carnivore and Who Should Avoid It?

Carnivore is definitely a challenge, but it may offer huge benefits if you can stick with it.

That said, Carnivore is definitely not for you if you know you wouldn’t be able to eat only meat. It is very restrictive, and there’s nothing wrong with knowing it’s not for you.

However, while some men may be able to find one diet that suits them for the rest of their life, that may not be the case for most women.

The most optimal diet for women can vary depending on your personal needs and preferences, health issues, stage of life, and reproductive status.

That said, Carb Manager is here to support you in your efforts to be the healthiest you can be. With Carb Manager Premium, we offer a huge catalogue of recipes and meal planning tools for all of these diets to help you find success and your best health.