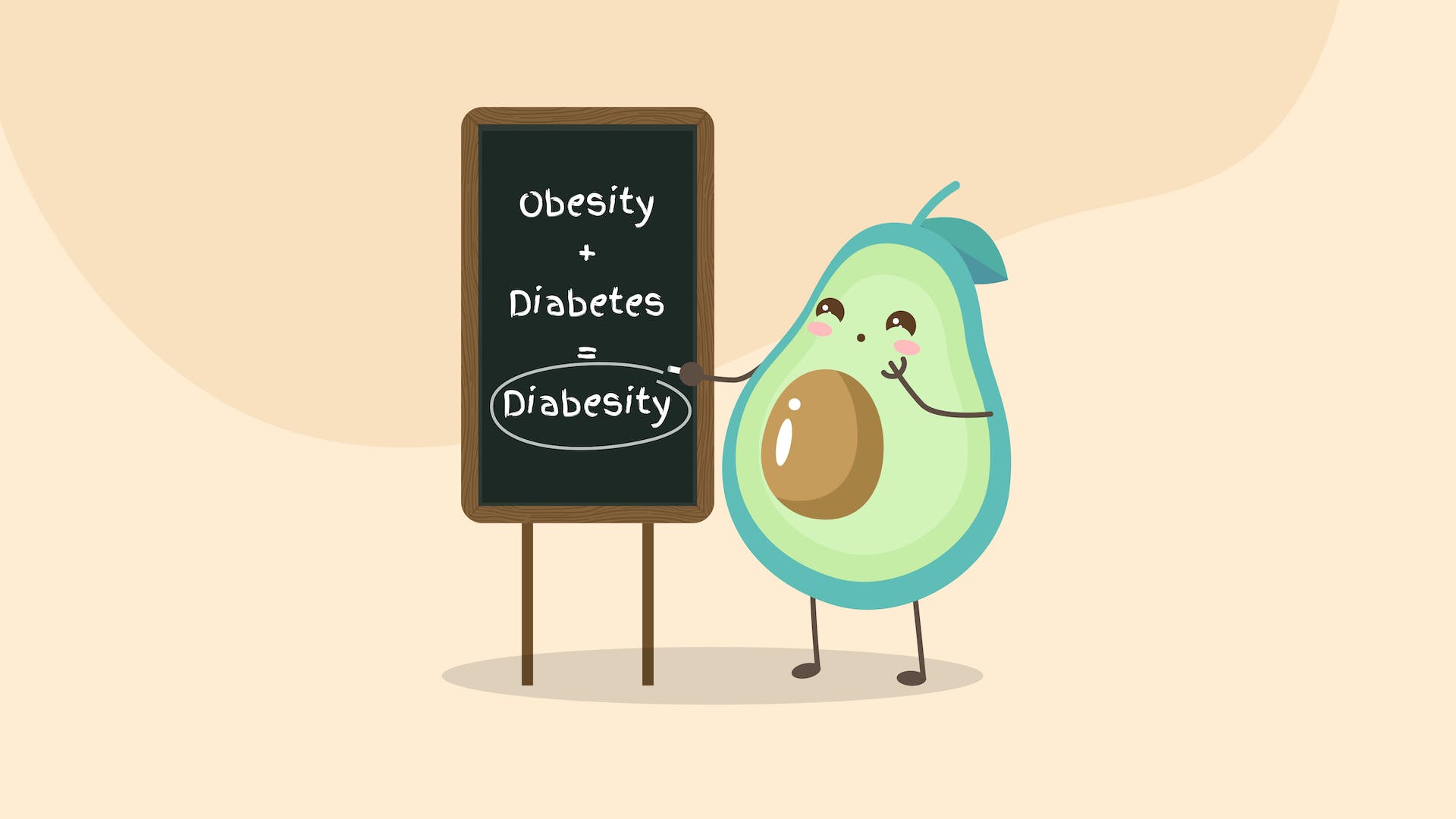 According to the CDC, 41.9% of Americans are obese.[*] Many of these folks also have type 2 diabetes.

The term for this unfortunate combo? Diabesity.

Stick around to learn how obesity and diabetes interrelate, lifestyle factors influencing risk, and which dietary strategies can help. Let’s dive in.

Researchers have long noticed that obese people develop diabetes at higher rates. By one estimate, a person’s risk for diabetes increases by 4.5% for every extra kilogram of bodyweight.[*]

To qualify as obese, a person’s body mass index (BMI) must exceed 30. BMI isn’t a perfect measure (bodybuilders have high BMIs and certainly aren’t obese), but it usually tracks the real problem.

The real problem with obesity isn’t a high BMI but the runaway accumulation of fat mass.[*] You’ll learn how this “fat-storage mode” relates to diabetes in a moment.

Heart disease is the number one killer of those with type 2 diabetes (and humans at large), but it’s not the only concern. Diabesity also increases one’s risk of:

So, why do obesity and diabetes come together? Keep reading.

The Link Between Obesity and Diabetes

Pondering obesity and diabetes is like pondering the chicken and the egg. Which one comes first? Good luck with that riddle.

Diabetes and obesity come together. That’s why “diabesity” is such an apt term.

Let’s look at diabesity from both sides. First, how might diabetes promote obesity?

When a person has type 2 diabetes, they suffer from a problem called insulin resistance.[*] (Their cells don’t listen to insulin’s commands to store blood sugar as glycogen.) Consequently, blood sugar stays high, and the pancreas churns out bushels of insulin to keep up.

It works the other way too. When someone gains weight, their metabolic health suffers.

What Leads to Diabesity?

To understand the roots of diabesity, we need to answer some basic questions.

Why have US diabetes rates increased sevenfold in the past fifty years?[*] Why are people becoming fatter, sicker, and more metabolically deranged with each passing decade?

Because diets and lifestyles are changing. Consider the following:

And when it comes to diabesity risk, macros matter too. According to one review paper, carbohydrate reduction is the most promising dietary therapy for type 2 diabetes.[*]

By reducing carbs, you reduce the macro that raises blood sugar the most. Blood sugar goes down, insulin can chill out, and you start burning (not storing) fat.

It’s a snazzy theory, but does it work in practice?

When you eat a Keto diet, you consume under 10% of your calories from carbohydrates. Restricting carbs keeps blood sugar and insulin low, stimulating a fat-burning state called ketosis.

These are desirable metabolic changes in the fight against diabesity. Let’s look at three studies to illustrate:

To learn more, read this blog on Keto for type 2 diabetes.

A Holistic Approach to Diabesity

Diet is just one lever for reducing diabesity risk. Other levers include:

This article can help with the last bullet, but the rest of the program is up to you and your medical professional. Take a holistic approach—address as many bullets as possible—and you’ll be in good shape to live a long and metabolically healthy life.